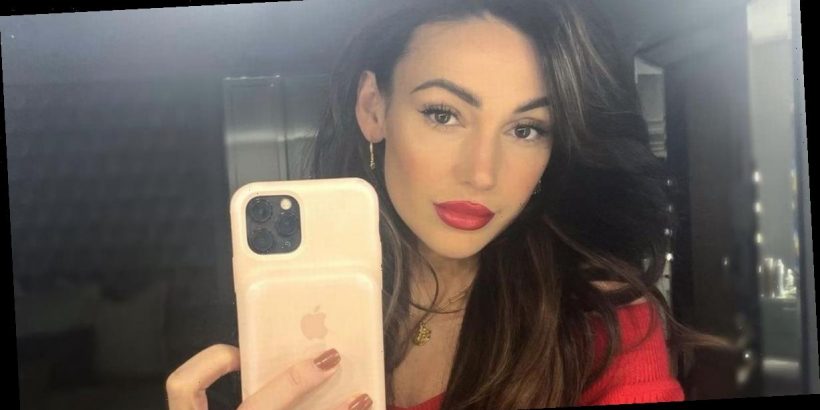 Michelle Keegan has revealed that she has no regrets when it comes to former heart racing snaps that appeared in the likes of FHM and Zoo throughout the noughties.

However, if the former Coronation Street star could travel back in time and do the lads magazine cover shoots all over again, then things would be different this time.

On reflection, the 33-year-old bombshell explained that she wished some of her old pinup images would have been "more tasteful".

Due to some of Michelle's X-rated content that was in circulation at the time, the Our Girl actress landed herself the title of FHM's Sexiest Woman in the world back in 2015.

Speaking about the steamy images, she told Daily Mail's You magazine: "I don't regret doing them.

"At the time it was the norm and I don't think I was taken advantage of.

"But I look back now and wish they'd been done a bit more tastefully."

Now that Michelle has a lot of experience as an actress and in front of the camera, she feels way more comfortable vocalising how she'd like operations run, rather than just being told what to do by others.

She added: "Now I’m getting older I've learnt I can be in control more. I have got a voice.

"If I don’t feel that I want to do something in a particular way, I can always say, 'No'."

Michelle is married to former Only Way Is Essex star Mark Wright, since the pair have been an item they have both noticeably reclined for the spotlight, opting to be more private with their life.

The couple tied the knot six years ago and only ever seem to share romantic gestures online about one another when they are marking an anniversary or celebration together.

As the pair were not gushing over each other in numerous Instagram posts, this lead to speculation that things were not great between the couple, especially during the time that they were both working away and overseas.

With Michelle spending months away working on Our Girl in South African and Mark finding fame in Hollywood rumours swirled that their marriage was in jeopardy.

Taking aim at critics, Michelle fired back: "Going away for work is never seen as a good thing, only as a negative, and I don't understand that.

"Are you seriously supposed to turn down work in case it impacts your marriage?"