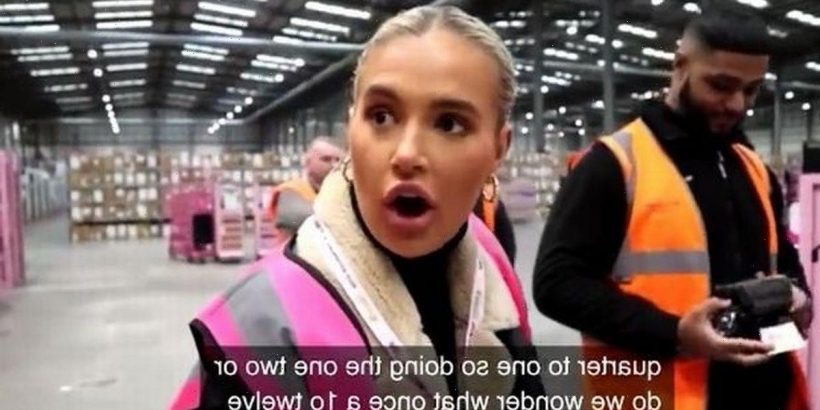 22-year-old fashion entrepreneurMolly-Mae Hague has faced further backlash after a video of her complaining about working a 12-hour shift has resurfaced on social media.

The former Love Islander sparked outrage on social media this week after making "tone deaf" comments about how she obtained her wealth and success.

However, in a recently unearthed video, Molly-Mae can be heard complaining about getting stuck in at the Pretty Little Thing depot.

In the video, Molly-Mae is wearing a pink tabard and is standing in one of Pretty Little Thing's warehouse's , she said : "I'm on the 2-10, but it's actually quarter to one so I'm doing the one til one, oh it's 12 hours…"

The entrepreneur then goes on to say, "I'll be on the floor like this by 1am, Jesus."

The video comes after the former Love Island contestant made controversial comments on Steven Bartlett's Diary of a CEO podcast.

In the interview that sparked outrage, she said "You're given one life and it's down to you what you do with it. You can literally go in any direction."

Many were outraged and felt that she wasn't acknowledging her privileged position and the financial struggles of others.

On social media, users had branded the reality TV star as 'Thatcher with a tan' for her views on hard work.

Since facing such backlash, Molly's representatives have spoken out in a statement shared to the Metro on Friday [January 7].

A snippet from the statement from the influencer's team read: "Molly is not commenting on anyone else’s life or personal situation she can only speak of her own experience."

In addition, Molly-Mae's Dad, Stephen, has also issued a lengthy post defending his daughter and social media influencers, including Elle Darby, who trolls have targeted for controversial comments that have resurfaced.

He said: "It must be tough for the media stars, influencers, and public figures. Especially the younger ones who are still learning the emotional rollercoaster of life."

Molly-Mae Hague is an social-media influencer who was a runner-up in the fifth series of reality dating show Love Island.

She is the creative ambassador for the fast-fashion brand Pretty Little Thing.

For more of the latest showbiz news from Daily Star, make sure you sign up for one of our newsletters here.