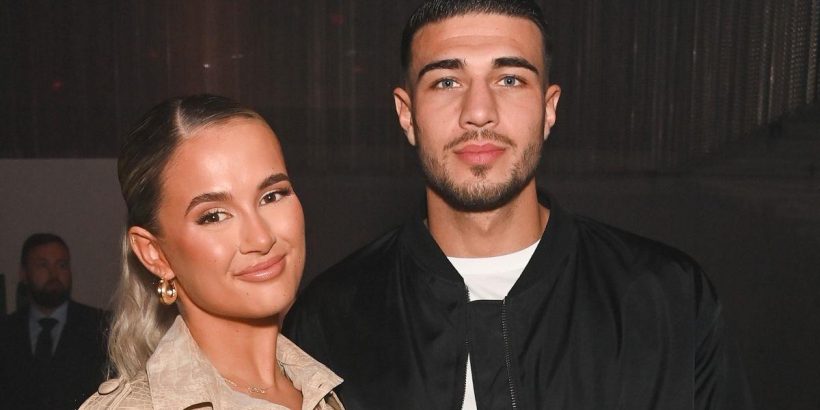 Molly-Mae Hague has been left in fits of laughter after her boyfriend Tommy Fury got stuck on a toboggan ride.

The pair have been enjoying a romantic break in Switzerland and the blonde beauty took to social media to share the hilarious moment with her followers.

Molly Mae took to her Instagram story with a video where she was sliding down the toboggan and then squealed when she noticed her Love Island co-star had gotten stuck on the ride.

READ MORE: Molly-Mae Hague confesses she 'almost pooed herself' in Selfridges after burrito

As Molly Mae approached a tunnel in the slide she filmed Tommy who was unable to move and was wriggling around.

The influencer was left in stitches as she bumped into her boyfriend, and she captioned the video: "Trust him to get stuck." alongside plenty of laughing face emojis.

The pair have been enjoying a romantic break in Switzerland and Molly Mae has been giving fans regular updates on her story.

After the hilarious toboggan incident Molly-Mae posted a breath taking picture of her beau looking out over the mountains with a huge bird flying over the top of him.

She wrote across the photo: "I take a good photo. Just saying."

This comes after Molly Mae released a video begging fans not to turn up at her home.

In a video filmed in her luxurious walk in wardrobe Molly Mae recalled an incident where a parent had driven a child to her house to celebrate their birthday.

Molly said: "I just sat here and did a massive… not a speech but I just went on one with myself for about 10 minutes about an annoying situation that just happened.

"But, then I realised, actually no we're just gonna move past it and act like it didn't happen."

She said that her video was an attempt to try and keep her and Tommy's privacy and that she hadn't filmed it to be "horrible."

She went on: "Out in public I will take pictures until I'm blue in the face. I will literally take pictures with anybody I will never ever say no to a picture but there's a line drawn when it comes to the house."

She continued: "If you're the parents driving your kids around on their birthdays or when they have a book that they want me to sign and you know the address and you're driving your kid round to come and see Tommy and I… I'm not sure about that.

"I have a lot to say. I'm not gonna say it, but I'm not sure about that and that's personally not a lesson that I would want to be teaching my child to let them think that that's OK with someone's personal space."