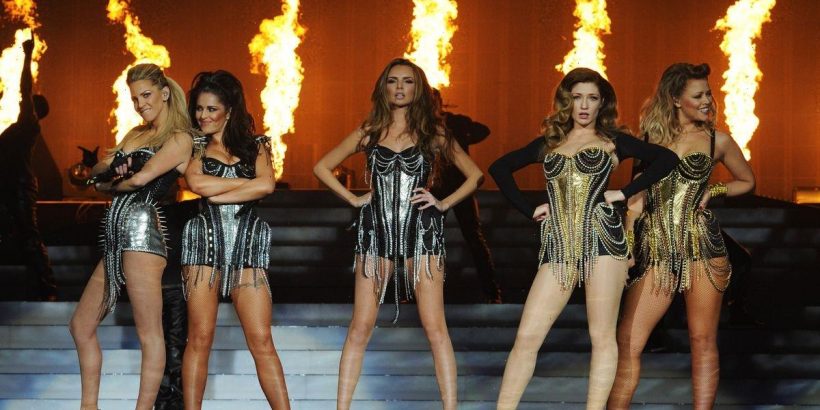 Girls Aloud star Nadine Coyle has confirmed that the band are planning on reuniting following the death of their co-star Sarah Harding in September 2021.

Now, Nadine has confirmed that the girls are planning their reunion as the chart-mauling group celebrates 20 years as a band.

The Derry-Londonderry born songstress explained the touching reason behind their reunion as they hope to save lives.

Speaking to OK! Magazine, she said: “We’re planning a night for an event to raise money in honour of Sarah, she’s very much in the forefront of our minds."

She added: "We want to raise money for a piece of medical equipment that helps diagnose cancer earlier so people can be treated. We definitely want to do something to help others."

Girls Aloud called it a day in March 2013, having performed at Liverpool's M&S Bank Arena the girl group posted a tweet confirming their decision to part ways as a band.

Sarah passed away 13 months after she received her initial breast cancer diagnosis and Nadine opened up about the impact it had on the group.

The singer recalled: “When she became unwell, a lot of my energy became focused on her. There were suddenly so many things happening that were more important than anything else. It was a time to be around loved ones and support them. Her passing has just been so devastating."

Nadine said that it still “affects them deeply” and they think about “everything she went through”.

Her former Girls Aloud bandmates Cheryl Tweedy, Nicola Roberts and Kimberly Walsh are planning to reunite with Nadine with their little ones in tow.

Nadine admitted: "Obviously, Cheryl has Bear and Kimberley has got her three little ones, Bobby, Cole and Nate, and we were planning on getting all of the babies together a while back but never got round to it.”

She also spoke fondly of her eight-year-old daughter Anaiya: “Although Anaiya is the oldest and she’s definitely outnumbered with the boy-to-girl ratio, I’m sure one day we’ll get them all together. It’ll be great!"

Bell and Coyle split after 11 years together back in 2019 and have since told OK! that they moved back in together to co-parent.

Covid-19 restrictions meant that taking Anaiya between Northern Ireland and California would be complicated and the couple have not confirmed whether they are back together, but insist that their living situation is working.