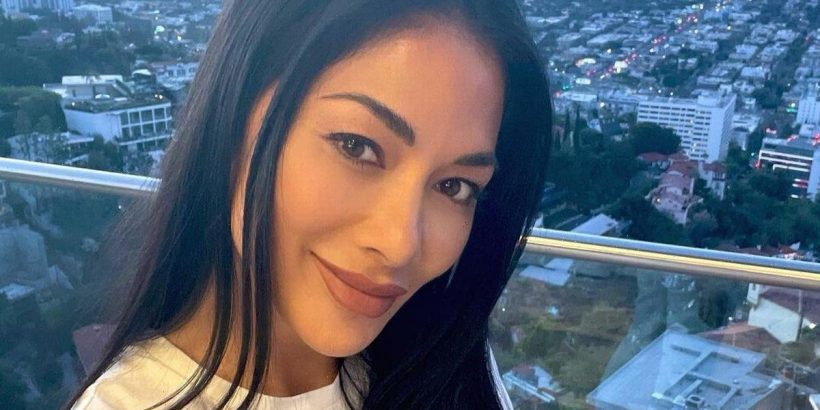 Nicole Scherzinger shared some positive vibes with her fans as she showed off her dancing skills on Instagram.

The Pussycat Dolls star took to her social media account to spread some love as she kicked off her week in style looking effortlessly glamorous in casual clothing.

The stunning singer proved that even joggers can look sexy as she performed a mini-routine to the sounds of Lost by Frank Ocean.

Wearing a white cropped t-shirt emblazoned with the slogan "Be kind, it makes you beautiful, be spirited", Nicole wore matching joggers and white trainer socks to step out onto her balcony.

Wearing her long dark hair down in a silky straight style, the 43-year-old star accentuated her natural good looks with simple nude-toned make-up as she showcased some simple moves to her fans.

A glorious burning orange skyline and impressive cityscape of Los Angeles played out behind her in the short clip.

Nicole captioned the clip: "Starting off the week with straight-up grooves, who’s with me?"

She then added a second post, a selfie of her head and shoulders as she subtly smiled into the camera.

Fans were left disappointed last week when Nicole announced that the planned Pussycat Dolls reunion tour – which should have taken place in 2020 but was postponed due to the Covid-19 pandemic – has now been axed indefinitely.

The announcement didn't just take the band's followers by surprise – with bandmates Carmit Bachar, 47, and Jessica Sutta, 39, sharing a joint statement on both of their Instagram accounts showing that they didn't know about the tour being cancelled.

Nicole had revealed that the “tour dates had to be cancelled” due to the “ever-evolving circumstances surrounding the pandemic".

She explained: “I have invested a huge amount of time, creative energy and my own finances into bringing this project back to life, and while I’m naturally incredibly saddened by this decision, I am also very proud of what we were able to achieve in the short amount of time we had together before Covid."

She concluded by saying that she “can’t put into words the amount of love, admiration and gratitude” that she has for the group and their big fanbase.