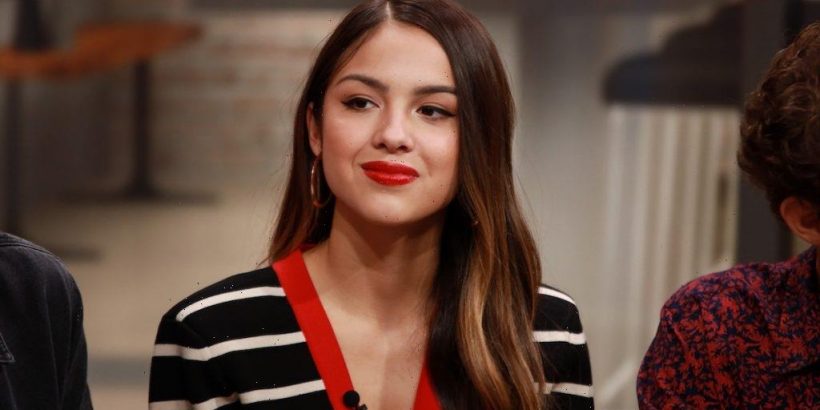 Olivia Rodrigo‘s debut album Sour is coming out on May 21. The Disney+ star is taking pointers from her idol Taylor Swift by implementing Easter eggs. Fans recently noticed how Rodrigo is leaving hidden clues for her followers in her music video for “deja vu.” Find out how Rodrigo secretly shared her album cover for Sour to those who were looking for it after the fact.

Rodrigo’s second single, “deja vu,” came out on April 1. The single’s release followed the record-breaking song “driver license,” which hit audiences in January 2021. Rodrigo’s unprecedented charting success on “drivers license” was a surprise to some. But High School Musical: The Musical: The Series fans knew how talented Rodrigo was from the jump.

In addition to the release of her second song, she also put out a music video for the track on the same day. The California-inspired imagery showed Rodrigo looking on as a lover’s new flame replicated the same clothing and activities that she once did with her ex.

Now, after Rodrigo announced her debut album and revealed the cover art, fans discovered that Rodrigo secretly hinted to the album’s cover in the “deja vu” music video.

Almost two weeks after her music video for “deja vu” came out, Rodrigo announced her debut album Sour on April 13. She shared that the body of work, including both “deja vu” and “drivers license,” would be available to purchase and stream on May 21.

Rodrigo also dropped the album artwork, which showed her in a tank top and plaid bottoms, standing in front of a purple background. Stickers covered her face as she stuck her tongue out. The singer showcased the track titles as well.

After Rodrigo dropped the information about Sour, fans noticed that she actually left an Easter egg to the album cover in the “deja vu” music video.

A fan on TikTok discovered that Rodrigo shared a Polaroid picture of her album cover in “deja vu.”

“Y’all, I just found an Easter egg,” the fan said. “Looks familiar? No, bestie, because that’s the album cover right there.”

The TikTok user then showed the screen which had the album cover picture next to an ace of hearts card. It was featured while Rodrigo sang: “I was the one who taught you Billy Joel.”

The Easter egg comes at around 3:05 in the music video.

Rodrigo’s fan continued by joking: “I’m literally so tired Olivia, like Miss M’am, give me a break. I can’t. I need some time before Sour please.”

Following the knowledge that Rodrigo left an Easter egg fans now know about, it will be interesting to see what other little hints she has left. Fans will only know after listening to Sour on May 21.