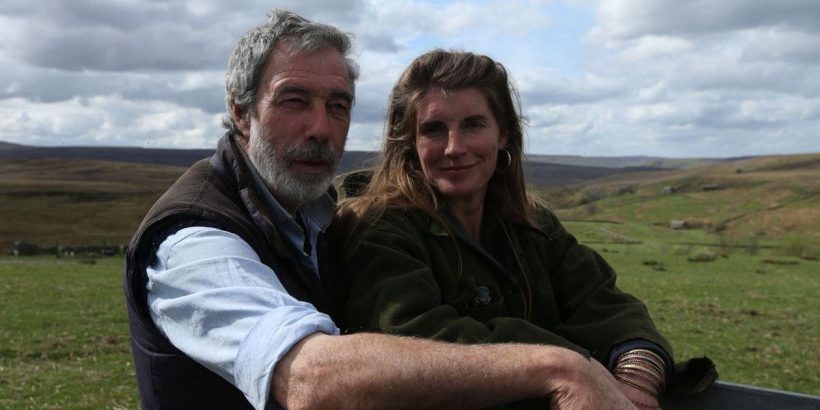 Our Yorkshire Farm fans are heartbroken as Amanda and Clive Owen are reportedly “battling to save their marriage” after more than 21 years together.

It has been claimed the 47-year-old has been spending extended periods of time away from their large family at a nearby rental property.

Meanwhile her 66-year-old husband Clive is believed to be “desperate” to save their relationship and rebuild their loving marriage.

The mother-of-nine has been open about her relationship with her husband since she first started her career as a shepherdess but now claims of the breakdown of their marriage have started to swirl.

It comes as Amanda is set to release a new book on her unconventional family life in the countryside which she has allowed viewers to get a glimpse of through their hit show on Channel 5.

A source told The Sun: “It’d incredibly sad. Amanda and Clive are two hugely popular figures here in the Dales, and no one saw this coming.

“Clive loves Amanda to bits and he adores her, and he fears the marriage may be failing even though he desperately doesn’t want it to. He fears they will divorce.”

The insider went on to suggest that Clive “reckons the image of them playing happy families is a load of rubbish” and that this TV series could be the last so the pair can focus on putting their children first.

They continued to say that the doting dad wanted the pair to stay together for Christmas but after the festive holiday “the decision is very much in Amanda’s hands.”

The Daily Star has reached out to the couple’s representatives for a comment.

It comes after the pair came under fire when the proud parents attempted to teach their youngest children about real life on the farm.

In last week’s episode, the shepherdess set her three youngest children – Nancy, Violet and Clemmy – a task of checking on the lambs that had not long been born.

When the trio discovered that one of the lambs had sadly passed away in the river, Amanda carted the dead animal back to the farm with her three children in tow.

Later in the episode, Dad Owen educated his offspring about the importance of skinning the lamb of its jacket in a bid to save another baby that had been rejected by its mum.

And fans were astounded by the education and wiliness of the children to learn and engage.