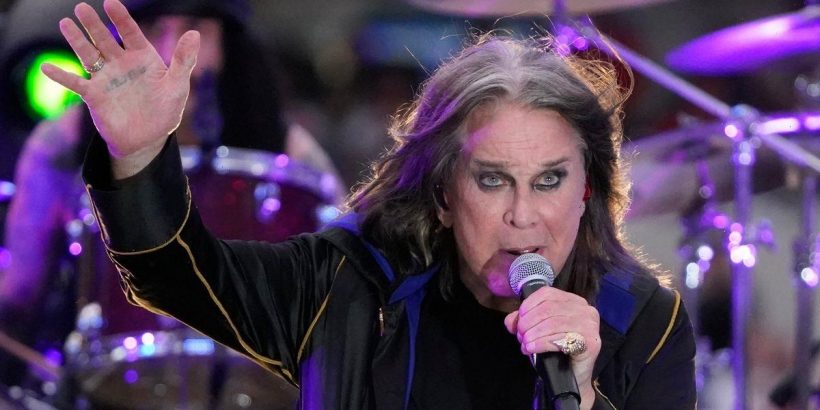 Ozzy Osbourne is ready to perform in a wheelchair if it gets him back on stage.

The Black Sabbath singer, 73, said he will do whatever it takes after a series of health knockbacks.

“I’m about doing gigs – it’s in my bones and if I have another year like this, I’ll go out in a f***ing wheelchair.”

The Prince Of Darkness is recovering from surgery in which he had 15 metal screws inserted in his spine.

His problems go back almost 20 years to a near-death quad biking accident.

He claimed he’s “like a f***ing lab experiment”. On top of that he has to cope with booze and drug addiction and Parkinson’s.

Ozzy told Metal Hammer magazine his setbacks have left him fed up.

He added: “I’m not good at this. I’ve never been this laid up in my life – I could barely walk at one point.

“It’s a slow recovery, but I’ve burnt the candle at both ends for 50 years. I’ve got to get back on that stage.”

It comes after his wife Sharon admitted that she used ketamine injections to recover from a race row about Meghan Markle which saw her lose her position on chat show The Talk.

Feeling like a "lamb slaughtered", Sharon underwent ketamine therapy, admitting: "Three days a week, I would go in for two-and-a-half hours and I would have this treatment called ketamine treatment.

"It's something that they inject into you and it's sort of like a truth drug."

Ketamine is a medication that doctors use as an anaesthetic, but can also be used to treat depression. Effects of the drug include sedation and reduced sense of pain.