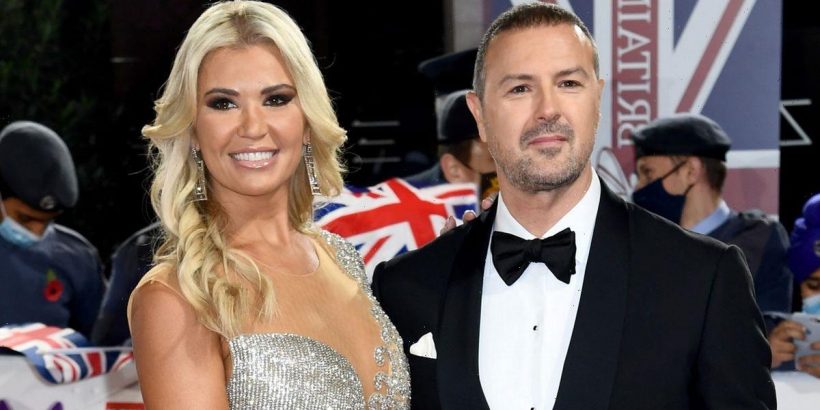 Paddy McGuinness reckons he’s helped “hairy-a**ed builders” to open up about their feelings.

The Top Gear star and his wife Christine went public about how their three children suffer with autism.

He says being so upfront about his feelings has helped other men do the same.

Paddy, 48, who used to work on a building site, told Radio Times: “Men have traditionally struggled to open up more.

“But I still see the lads I used to work with and they actually ask each other how they are doing in a caring way.

The couple have made a BBC One documentary called Our Family and Austism, which airs on December 1.

They will talk about how they cope with bringing up twins Leo and Penelope, eight, and five-year-old Felicity. Ex-model Christine, 33, is also autistic and revealed "there are little hints throughout my life that I’m autistic and more like my children than I ever could have imagined".

Christine recently bravely opened up about her dad's heroin addiction in her brand new book.

Describing the appalling effect his issues had on the family home, the model claimed that she had crawled over his used needles when she was just a baby.

According to reports from The Sun, she writes in one passage: “I saw my dad inject heroin. As a teenager, I struggled with his addiction. I blamed myself. When I became a mum. I kept thinking about how he chose drugs over his own kids.

Reflecting on her past and how her modelling career started, she said: “I remember going for a casting as a teenager and they told me if I really wanted to make it as a model then I needed to lose more weight.

“It was completely irresponsible for them to say that to me.”