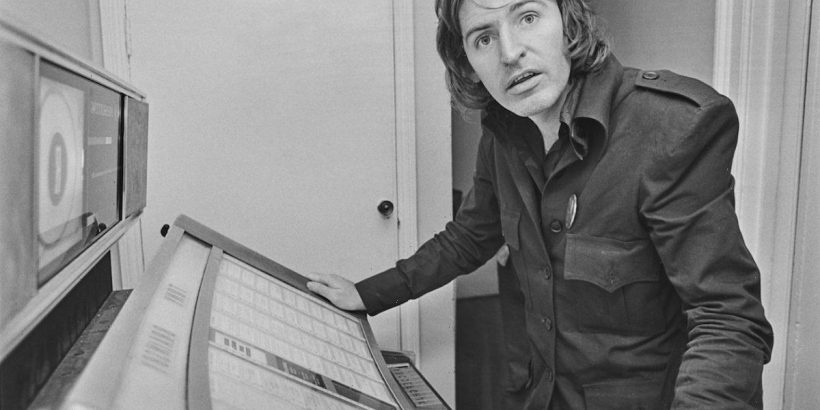 Paul McCartney won the golden ticket when he met John Lennon in 1957. They formed The Beatles, one of the biggest rock groups in history. But most fans don’t know that The Beatles’ first drummer was actually another McCartney, Paul’s brother Michael. He was the backbeat for the band before Ringo and even before their drummer, Pete Best. However, certain circumstances made him leave the band, so he didn’t get the golden ticket exactly. But, for Michael, being in The Beatles didn’t mean you’d won the lottery. Looking back, he’s glad his time with the band was cut short.

After Paul met John at a village fair in 1957, a year after Paul lost his mother and a year before John would lose his mother, the teenaged boys started playing together in John’s band The Quarrymen. Many don’t know that the littlest McCartney often came to jam sessions. When they needed a drummer, Michael would fill in.

However, before Michael could officially be named the band’s drummer, he had an accident in Scouts that cut his time short in the biggest “What if” moment. Michael laid that truth on the Daily Mail in 2014, and his interviewer was shocked. “I was nearly in The Beatles,” he said. “I was The Beatles drummer, but I broke my arm in the Scouts.”

“It was when John [Lennon] used to come to the house in Forthlin Road with The Quarrymen, before George [Harrison] was even there,” Michael explained. “I broke my arm at camp and it affected the nerves that control the wrist. They were dead. I had to have electric shocks and hot stuff put on my arm to get the nerves back. For a couple of years, I had to wear a support strap with a wire.”

If only he hadn’t broken his arm. “It’s back to that word. If I hadn’t broken my arm, I’d have been a Beatle. But I did break my arm and I’m not a Beatle. You always have to deal in reality, not dreams.” Still, it’s shocking to think about. The Beatles without Ringo?

Related: Paul McCartney’s Grandchildren ‘Moan’ When He Plays Guitar Around Them

It might seem like fate dealt Michael a lousy hand, but he doesn’t see it that way. He actually feels lucky that he didn’t proceed with the biggest band on Earth.

“His wealth is his, not mine, so why wish for it?” Michael explains. “It’s that ‘if’ again. Why do you want something you can’t have? Paul and I have an uncle, Harry. He’s a carpenter. He had all he wanted: my aunt, carpentry, a pint on the way home, having tea, and going to bed. I didn’t understand it for years, but he had contentment. He didn’t want any more. There’s the rest of the world, looking for fame, money — and there’s a simple man who doesn’t want any more. How profound is that? How extraordinary.”

While we can contemplate what it would have been like if Michael hadn’t broken his arm for days, he offers an interesting point. “You could look at this another way. If I hadn’t broken my arm, if I had joined The Beatles, maybe we’d have ended up fighting like Liam and Noel Gallagher in Oasis. So, it’s fortuitous and lucky I didn’t join. I have a nice, close, stable relationship with my brother.” Ultimately, Michael wouldn’t change a single thing in his life.

Even though he missed out on joining The Beatles, the band still gave Michael hope. He felt like he could do anything watching their fame skyrocket. “Watching Paul’s success with the Beatles in the early 1960s was amazing. Mum missed it, but dad saw it. I saw it. All of us had no hope at all. Suddenly, my brother proved anything was possible,” Michael told the Wall Street Journal.

Michael joined the Scaffold, a comedy, poetry, and music trio, in 1962 and recorded a couple of hits with them. But before he started his own career, Michael changed his last name to McGear, so it didn’t look like he was trying to ride on his famous brother’s coattails.

“The Beatles were getting so famous, being called McCartney was like being Presley or Sinatra,” Michael continued to the Daily Mail. “If I’d gone on being McCartney, it would have seemed that I was cashing in. I couldn’t do that.” When Michael later became a photographer in the 1980s, he changed his name back to McCartney.

We don’t know what would have happened if both McCartney boys had entered The Beatles, but Paul and Michael have enjoyed their paths in life and are glad that those paths have sometimes merged.