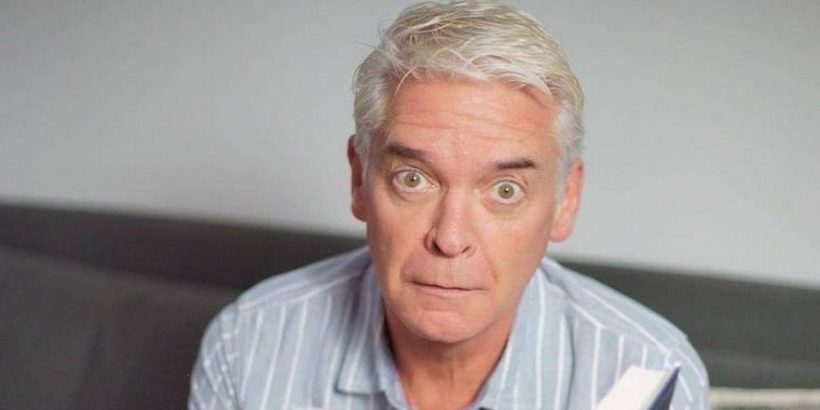 Phillip Schofield was mortified to learn he'd ripped his "favourite" denim jeans when he got out of his car.

Though the 59-year-old was embarrassed, he couldn't resist sharing the joke and his shock when he discovered the massive hole that would have showcased his rear.

The TV star knew he'd be in good company exposing the blunder with his online fans – who love nothing more than to laugh along with him and co-star Holly Willoughby.

According to Phil, he hadn't even noticed until he'd left his car that the material close to the back pocket now boasted a large tear.

Taking to his Instagram story, he showcased the pair of now unwearable pants, telling followers: "My favourite jeans thank goodness I had a long shirt on when I got out of the car!" while adding a number of red-faced emojis.

It seems the Dancing On Ice presenter had been enjoying a night out with BAFTA-nominated Kelly Hoppen CBE.

The pair had been hanging out together at The River Cafe in London together – now that lockdown measures have eased in the UK, Brits can enjoy dining inside.

Seemingly having a barrel of laughs, the duo teamed up to try to get the perfect selfie together but struggled to capture the best image.

After two failed attempts, they finally managed to achieve a smiling image with both of them looking at the camera but that didn't stop Phil from sharing the blooper moments.

He penned on the happy pic: "Such a brilliant evening with this amazing friend @kellyhoppen."

Meanwhile, Philip has been at the peak of speculation as a potential contestant on The Masked Singer's new spin-off show, the Masked Dancer.

According to recent rumours, it had been hinted that the TV star could be one of the famous contestants taking part.

The Masked Dancer will air on Saturday, May 29.