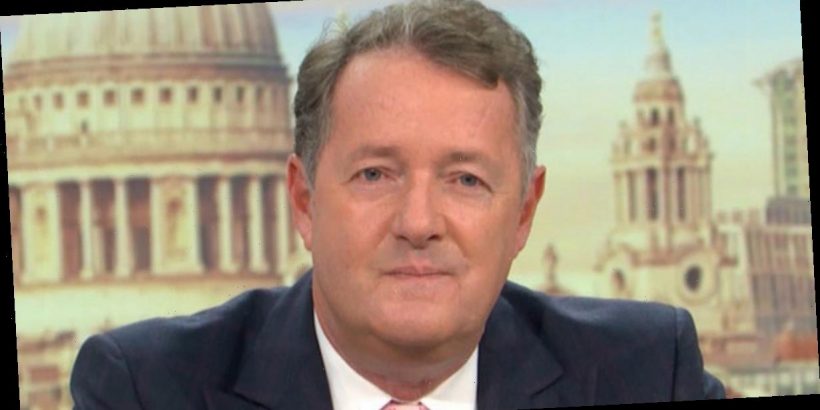 Former Good Morning Britain co-anchor Piers Morgan has spoken out after it was confirmed that Meghan, Duchess of Sussex and Prince Harry and complained to ITV over his comments earlier this week.

The outspoken star, 55, has been pretty vocal over his views towards the Duke and Duchess in recent weeks, even more so after their controversial interview with Oprah Winfrey, which aired in the US on Sunday and in the UK on Monday.

It was recently confirmed that Meghan, 39, had filed an official complaint to Ofcom after raising concerns about how his comments could affect those with mental health issues.

Speaking on Good Morning Britain earlier this week, Piers said he refused to believe that the Duchess felt suicidal during her time as a senior working member of The Royal Family.

After hearing that Meghan and Harry, 36, had filed a complaint to ITV's CEO on Monday, Piers has taken to Twitter to share his thoughts with his 7.8 million followers.

The dad-of-four penned: "Where do I get to complain about all the shameful lies/smears in their interview & the terrible damage they've done to the Queen's mental health as her 99-year-old husband spends his fourth week in hospital?"

On Friday, broadcasting regulator Ofcom confirmed that they had been contacted by the former Suits actress, in a statement which read: "We can confirm receipt of a standards complaint made on behalf of the Duchess of Sussex."

Pier's blistering rant on Monday's episode of Good Morning Britain saw over 41,000 people file a complaint with the watchdog as he revealed he wouldn't trust Meghan to read the weather.

Speaking to Oprah Winfrey, Meghan said: "I just didn’t want to be alive any more".

She also said that she made the admission so that she could give people hope that "life is still worth living".

During his rant, Piers also asked to see evidence of Meghan's treatment for mental health, implying she was lying about contemplating suicide.

He said: "Who did you go to? What did they say to you? I'm sorry, I don't believe a word she says, Meghan Markle."

ITV's CEO Carolyn McCall defended Meghan, later saying in a statement: “I completely believe her when she says that and, importantly, everyone should."

Piers announced his immediate departure from the show on Tuesday evening, before taking to his Instagram account on Friday to state that he had been let go from his freelance position on Good Morning Britain after refusing to apologise to the Duchess.

In a handwritten note, he said: "Now I've lost my job at Good Morning Britain because I chose not to apologise for disbelieving Meghan Markle's claims in her interview with Oprah Winfrey."