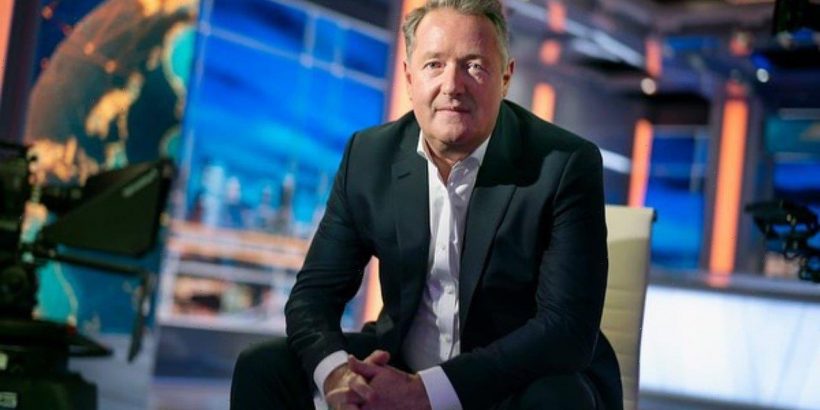 After Kalush Orchestra came out triumphant at the annual contest, the former ‘Good Morning Britain’ presenter complains that the rap group won on a ‘sympathy vote’ due to Russia’s invasion.

AceShowbiz –Piers Morgan has claimed that Ukraine won the Eurovision Song Contest on a “sympathy vote.” On Saturday, May 14, rap group Kalush Orchestra were crowned winners for their song “Stefania”, but the former “Good Morning Britain” co-presenter felt that sympathy as a result of Russia’s invasion of the country was the deciding factor behind the triumph instead of the musical talent.

“Nobody who voted for Ukraine thought it was the best song because it obviously wasn’t anywhere near the best. Even Ukrainians don’t think it was the best song,” the 57-year-old broadcaster wrote in a Twitter post. “They got the sympathy vote, which is fine as long as we drop the word ‘contest’ from Eurovision.”

Piers also suggested that the contest is a “rigged farce” and that Ukraine would have won regardless of their act. In a separate tweet, he added, “The world’s most absurd, pointless, politically-motivated ‘contest’ excels itself. Ukraine could have sent one of its heroic bomb-sniffing dogs to bark the national anthem and still won.Happy for them, but please let’s stop calling #Eurovision a contest… it’s a rigged farce.” 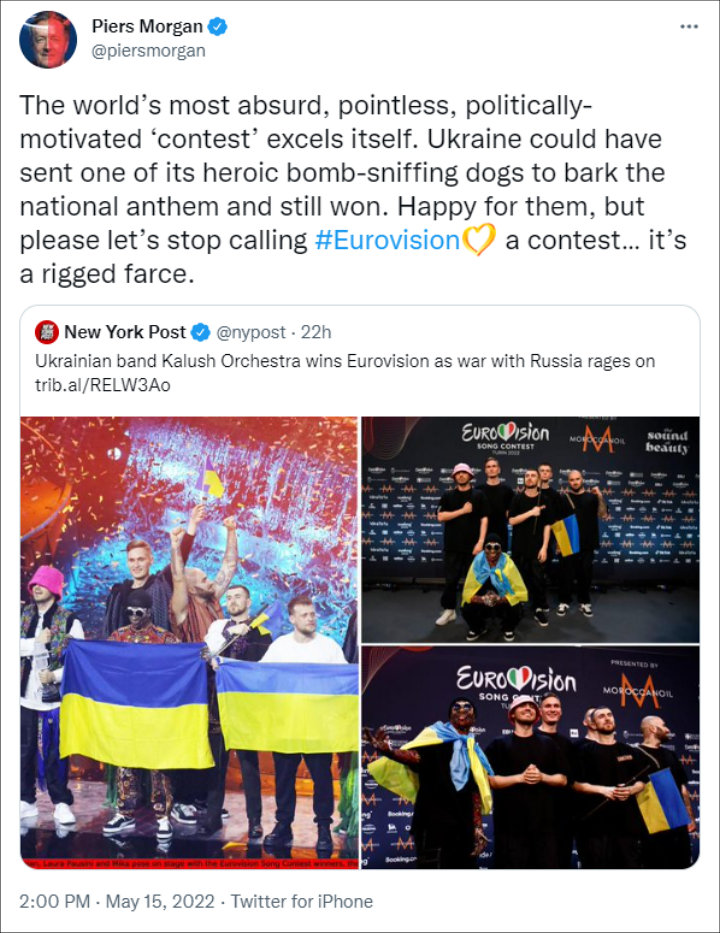 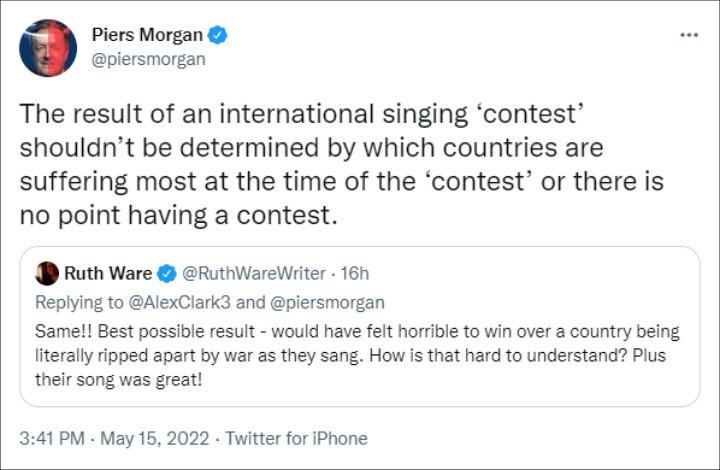 Piers Morgan reasoned why he was complaining over Ukraine’s win.

Meanwhile, Kalush Orchestra frontman Oleh Psiuk has talked about “Stefania”, which pays tribute to his mother. He thinks it has been re-purposed as a rallying cry for Ukraine amid the conflict with Russia.

“After it all started with the war and the hostilities, it took on additional meaning, and many people started seeing it as their mother, Ukraine, in the meaning of the country,” he explained. “It has become really close to the hearts of so many people in Ukraine.