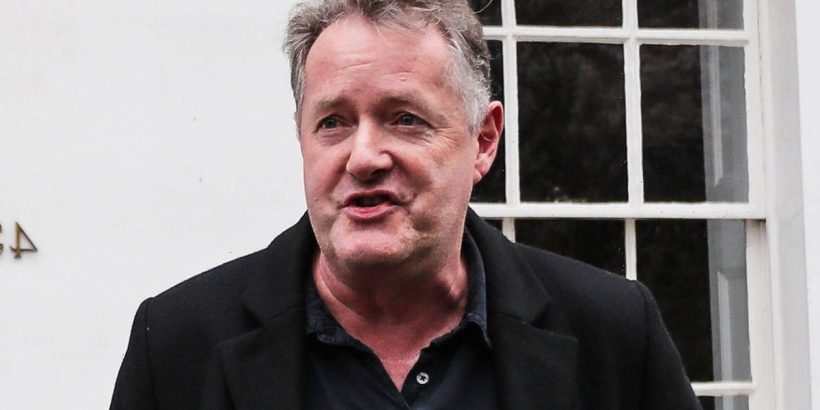 Piers Morgan has faced an online backlash after lashing out again at Prince Harry over his latest interview with Oprah – calling him a "little berk".

The former Good Morning Britain host, 56, ruffled feathers when he shared his view on Harry's new TV documentary which aired this morning (21 May) on Apple TV+ and focuses on mental health issues – called The Me You Can't See.

In the documentary series, the Duke of Sussex opens up to Oprah Winfrey about his personal mental health battle and life in the royal family – and has revealed that he suffered from panic attacks after his mother Princess Diana's death.

In the first episode of the series, entitled Say It Out Loud, Harry shared that he was "just all over the place mentally" whilst speaking out on "genetic pain and suffering".

Taking to Twitter to vent his frustration at Harry in front of his 7.9 million followers, the presenter wrote: "Can someone drop a silence bomb on the little berk?

"His constant whining is damaging my mental health".

However, his mocking comment divided opinion on Twitter and was also met with harsh criticism from users such as one who slammed the presenter for seeming to suggest mental health sufferers should remain silent.

One user wrote: "So you're saying he should remain in silence? Great message to send to others who deal with mental health issues."

A second angry commenter replied: "Why shouldn’t people be allowed to discuss mental health issues? Prince or not, everyone can suffer."

Then third cited their wife's own mental health struggles, saying: "Wow now you're getting very low. My wife suffers from chronic anxiety and needs professional help and a lot of support from me and has had to give up work. So I can tell you it's shameful to make a joke about mental health."

And another pointed out what they saw as hypocrisy in Piers' mental health comments, reacting: "Morgan has a show called Life Stories (clue being in the title) where he will tease out, highly-effectively, tales of personal challenge which often focus on issues like addiction, grief and mental health.

"But as it’s you Piers, it’s different."

However, some users took it upon themselves to defend the former ITV host, with one writing: "I thought he wanted privacy! He’s in the news now more than EVER!".

A second defender of Piers weighed in, praising Piers for what they saw as honesty: "Piers Morgan tells it how it is, respect".

In the series, Harry talks about how from the age of 28 to 32, his life was a "nightmare" due to struggles with anxiety and panic attacks.

He has also claimed the Royal Family told him to "just play the game" to make his life easier as he was struggling with his mental health issues.

In the first episode, Harry said: "Every single ask, request, warning, whatever it is, to stop just got met with total silence or total neglect."

The Duke continued: "Towards my late 20s I was starting to ask questions of 'Should I really be here?'. And that was when I suddenly started going: 'You can't keep hiding from this,".

The new Apple TV+ series comes after Prince Harry and Meghan Markle's first explosive interview with Oprah aired on March 7, where Meghan also opened up about her mental health battles and suicidal thoughts.

For emotional support, you can call the Samaritans 24-hour helpline on 116 123, email [email protected], visit a Samaritans branch in person or go to the Samaritans website. – this blurb in every story at the bottom