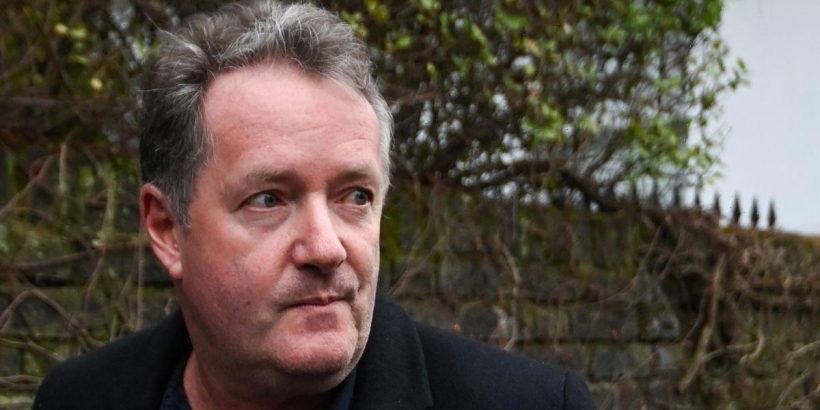 Piers Morgan has attacked the “pathetic woke brigade” over the question of consent in Snow White and the Seven Dwarves and said to "shut the f**k up" in a blistering rant.

The former Good Morning Britain presenter criticised those who have taken issue with the Disneyland ride, Snow White’s Enchanted Wish including the kiss scene from the 1937 animated film Snow White and the Seven Dwarves.

The scene shows Prince Charming kissing a sleeping Snow White and reviving her from her slumber with “true love’s kiss”.

However, some have criticised the scene as non-consensual as the sleeping Snow White was unable to give consent.

SFGATE reviewers went viral with their review stating: “The ‘kiss he gives to her without her consent, while she’s asleep, which cannot possibly be true love if only one person knows it’s happening”.

They added: “Haven’t we already agreed that consent in early Disney movies is a major issue?”

Piers responded to this criticism by tweeting out a scathing message saying: “‘For the love of God…Can the woke brigade please just shut the f*ck up? ‘You’re pathetic & exhausting, and nobody in the real world agrees with you. Thanks.”

He continued his rant against the “woke brigade” in his latest Daily Mail column penning: "Their ridiculous load of virtue-signalling guff soon went viral on social media, with many other wokies rushing to praise them for calling out the Prince's abusive conduct.

"But the truth is that by gallantly and tenderly kissing his love goodbye –something that grieving people do to their deceased loves ones every minute of every day all around the world – the Prince saved her life. Then they got married and lived happily ever after.”

He said he “stood” with the Prince and that he will not let the “wokies kill Snow White” questioning whether those who dislike the original ending would prefer the character remain “effectively dead”.

Piers also took to Instagram to add: ”Oh and the whole thing’s a bloody cartoon anyway, based on fake characters who don’t actually exist.

“What the f*ck is wrong with these woke morons? We mustn’t let them ruined everything we love, because trust me, if they can, they will. #WarOnWoke”

However, the original review from SFGATE concludes by saying that "that final scene is beautifully executed — as long as you're watching it as a fairy tale, not a life lesson.”

Journalist Matt Williams replied to Piers' tweet, writing: "Sorry, by 'sickening new woke campaign' are you referring to the one review that said the ending was fine as long as you view it “as a fairy tale, not a life lesson.” Keep pushing that fake culture war".