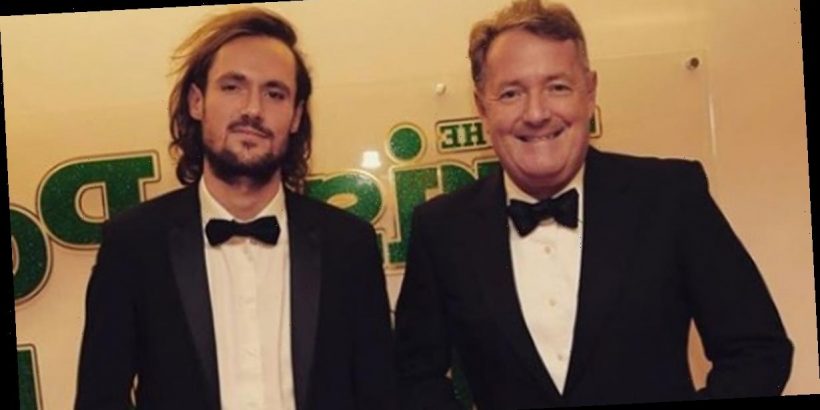 Piers Morgan’s son Spencer has defended his dad after a media backlash following his GMB departure.

Spencer took to Twitter to urge a show of support for his under-fire father after a day to forget.

GMB was hit with a staggering 41,000 Ofcom complaints after Piers slammed Meghan Markle for revealing she had “suicidal thoughts” during her Oprah Winfrey interview.

Piers’ departure has sent shockwaves across TV and celebrity circles.

But Spencer was quick to defend his dad and pleaded: “What you actually mean is #bekind to people you like isn’t it. Fake a**dreamers. I see you.”

Piers enraged viewers as he spent much of Monday's GMB ranting about the bombshell allegations made by Meghan and Prince Harry as they sat down with Oprah to share juicy details of their life in the Royal family.

And the controversial host continued to hit out at the pair on Tuesday's instalment of the morning show after the interview was aired on Monday evening in the UK.

But it was his clumsy comments about the Duchess of Sussex which really upset most people.

He also captioned the snap: ""The comeback will be greater than the setback."

And Spencer got plenty of support from his fans.

One follower commented: “GUTTED” with a crying emoji face.

Another echoed “Amen! Gutted about him leaving the show…I only watched because of him.”
While a third promised: “Won’t be watching now.”

Piers also clashed with GMB’s Alex Beresford, the show’s weather presenter, who took the experienced host to task on his Meghan comments.

And angry Piers got up and left the studio before returning some time later to finish the show.

Alex was quick to defend his position after Morgan’s now infamous exit.

"I wish I had the privilege to sit on the fence,” offered Alex.

“In order for me to do that I would have to strip myself of my identity and that’s not something I can do.

"It’s not any of our places to pick apart claims of racism in order to make us to feel more comfortable.

"When you're mixed race what you find, in my personal experience, is that when you're a lighter shade of black, people gain confidence and think they can say things to do that they wouldn't say to a black person."