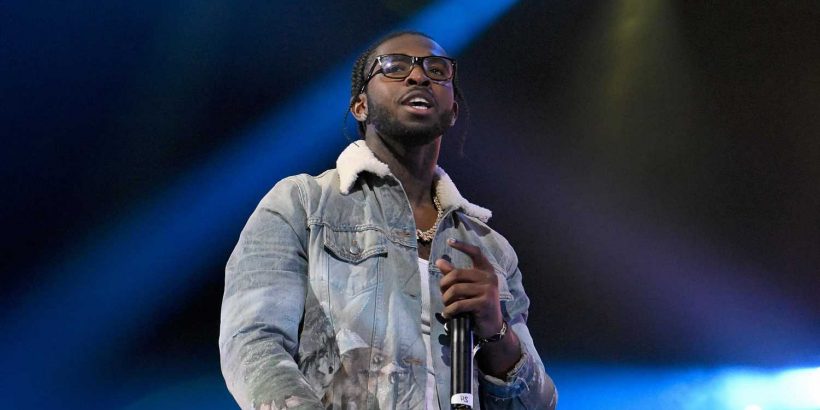 Pop Smoke receives a Baroque-style tribute in the new video for “Demeanor,” the late rapper’s posthumous single with Dua Lipa.

Set during a lavish banquet/party in a castle on a hilltop, the video portrays Pop Smoke both as the subject of a divine portrait on the wall — mimicking The Last Supper — and as a ghostly cloud seated at the head of the table. Dua Lipa appears later in the clip, dressed as Marie Antoinette and showing up in multiple places around the banquet hall, dancing and feasting on the table spread.

“Demeanor” is the latest single from Faith, the second posthumous Pop Smoke album, released earlier this month. It follows Shoot for the Stars, Aim for the Moon, released on July 3rd, 2020, with a deluxe version arriving on July 20th for what would have been the rapper’s 21st birthday. Pop Smoke was killed in a home invasion in Los Angeles in February 2020.