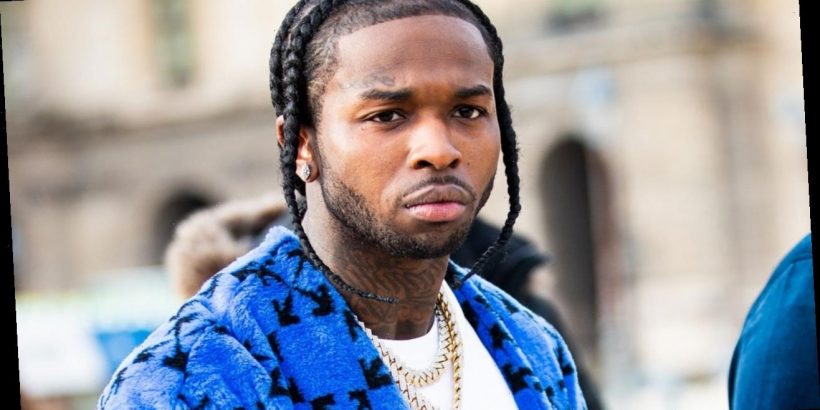 Pop Smoke’s tragic death is still reverberating for those close to him. On Monday’s episode of Taraji P. Henson’s Facebook Watch series Peace of Mind, the rapper’s brother, Obasi Jackson, got emotional reflecting on the loss.

Pop Smoke — whose real name was Bashar Barakah Jackson — was shot and killed during a home invasion robbery in February. He was 20. Police later arrested four men, all in their teens, in connection to the crime.

According to Jackson, several days before his death, the rapper sat down and had a long, heartfelt conversation with his family, which hadn’t happened in some time as the rapper’s career had started to take off.

“Me, my mom and my brother sat in a room for hours, which had not happened in years,” he said. “That last conversation [showed me that], ‘Okay, I know my brother loves me and he knows I definitely love him.’ He said he loved me.”

Monday’s Peace of Mind focused on the feelings of grief after a sudden death, and Jackson was joined by rapper Asian Doll, who’s ex-boyfriend, King Von, was shot and killed in November outside a nightclub in Atlanta, Georgia. The 26-year-old artist died one week after the pair split up.

Asian Doll teared up talking about King Von, whom she called her “first love” and her “soulmate,” and she reflected on how she found out about his death from the daughter of a nurse at the hospital he was transported to.

“Somebody from the hospital got in contact with me, one of the nurse’s daughters, and she was just was crying on the phone. She was like, ‘Asian I’m so sorry. My grandma works at the hospital, he passed away, they put an ‘X’ on his bag,'” she recalled. “So, once they said he was dead on social media I already knew.”

She went on to say that, upon his death her “whole world just crashed,” and she has felt “broken” in the wake of the tragedy.

She also shared a message for other rappers in regards to their life choices, sharing, “You can chase this life as long as you want but this cycle, it just keeps getting repeated and repeated and repeated to the point it’s like, how many more rappers or music influencers are we going to lose until people just really wake up?”

Jackson, too, shared a powerful message about the importance of expressing your emotions and fostering a society that is more supportive.

“I’m a firm believer that men, Black men too, should be vulnerable,” he explained, “and allow themselves to open up and show the world what they’re feeling and who they truly are.”

“Because we’ve been suppressed, we’ve been locked up, and that’s where all these barbaric actions kind of come from,” he continued. “My mind can’t even grasp onto it sometimes.”