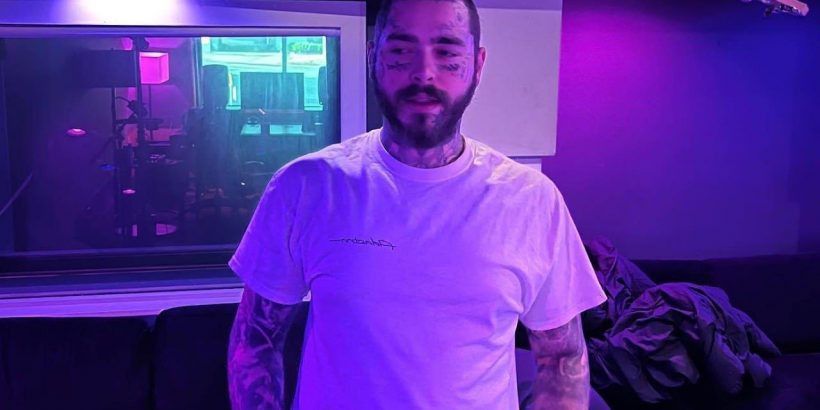 In a new interview with GQ, the “Circles” hitmaker, who confirmed he had become a father for the first time in June, revealed what was ;heartbreaking’ whenever he is hitting the road for long periods.

AceShowbiz –Post Malone admits it’s “really tough” being away from his daughter on the road. The “Circles” hitmaker, who confirmed he had become a father for the first time in June, admitted it’s “heartbreaking” whenever he is apart from his baby girl for long periods.

“It’s really tough not being able to see her, but she’s coming out more often now. She’s huge, she’s super tall, and she’s such a legend and I’m just happy to see her. But it is heartbreaking having to leave and not be able to be with her all the time,” he told G1.

The 27-year-old star has already been getting the little one accustomed to his music. He said, “She’s going to have to like my music, I think, [or] she’s going to get used to it – I know everybody at the house plays it for her and hopefully, they’ll get stuck in her head. Kids love my music for some reason, which is awesome, so I’m hoping that she just goes with the flow on that one.”

Post, who has chosen not to disclose the name of his daughter or his mystery partner, revealed he loves playing her lullaby versions of his songs. He said, “I love playing her lullabies. They make lullabies of my songs. Those are nice to listen to. Sometimes we’ll even put it on, and I’ll have to guess what song it is, and I just forget all the melodies. I’m like, ‘What song is this?’ “

The new father joked that he knows it’s his daughter because of her explosive poops. Asked what the “craziest” part of parenthood is, he spilled, “The blowouts. She will blow out sometimes and it’ll come right outside of her pants. The poop will just be dripping out and I’m like, ‘What the hell happened?’ That’s how I know it definitely is my daughter – not that I have blowouts, but that I know my way around a toilet.”