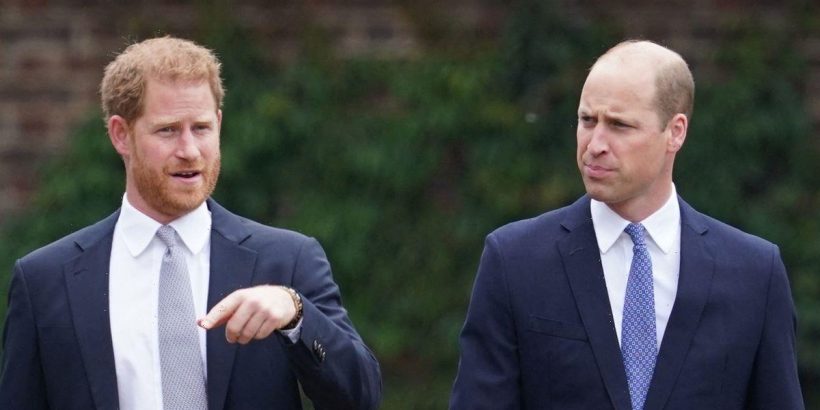 This comes after Harry, 36, returned to the UK from Los Angeles to attend his late mother Diana's 60th birthday statue unveiling along with his brother William, 39, which saw the two reunite for the first time since their grandfather Prince Philip's funeral back in April.

Royal fans had praised the "beautiful" statue of Diana after it was unveiled by her sons Harry and William at Kensington Palace on Thursday – in the Sunken Gardens which was reportedly the Princess' favourite spot in the Palace.

However, now aristocrat Lady Colin Campbell believes royal supporters may have more to worry about than they thought, claiming the Duke of Cambridge is finding it hard to trust his younger brother and will be feeling "betrayed" by his recent comments about their family in the media.

The royal pundit also believed Harry will have felt "very uncomfortable" while he was back in London and that this is the reason why he did not "stick around".

The former I'm A Celebrity contestant took to YouTube and posted a bombshell video about the brothers in which she alleged the trust is gone between the two.

She said: "It's going to take a very long time for William to trust him again and he will never trust him completely.

"He has been seriously wounded, very betrayed, and feels it acutely I am made to understand.

"That is why evidently, Harry did not stick around, it was a very uncomfortable experience for Harry."

At the heartwarming statue unveiling ceremony on July 1, the Dukes came together and greeted Diana's siblings who were also in attendance such as their uncle, Earl Spencer, and their aunts, Lady Jane Fellowes and Lady Sarah McCorquodale.

The brothers came together to issue a lovely joint statement about their mum: "Today, on what would have been our Mother's 60th birthday, we remember her love, strength and character – qualities that made her a force for good around the world, changing countless lives for the better.

"Every day, we wish she were still with us, and our hope is that this statue will be seen forever as a symbol of her life and her legacy."

They went on to thank the people behind the statue, such as sculptor Ian Rank-Broadley, for keeping their mum's memory alive – after the brothers commissioned the statue back in 2017.

They added: "Thank you to Ian Rank-Broadley, Pip Morrison and their teams for their outstanding work, to the friends and donors who helped make this happen, and to all those around the world who keep our mother's memory alive."

Prince Harry previously revealed to Oprah that he and William were "on different paths", suggesting he's drifted from his sibling, but he confirmed he still loved his elder brother.

Harry announced the birth of his second child with his wife Meghan Markle – a baby girl called Lilibet Diana who was named with a sweet nod to Diana.

The couple were overjoyed at the arrival of their little girl and said "she is more than we could have ever imagined".