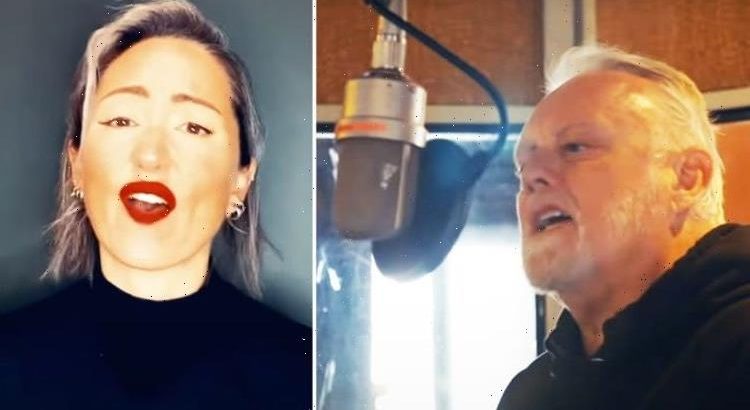 After releasing his lockdown single Isolation last year, Queen drummer Roger Taylor is now gearing up for his first solo album in almost a decade, Outsider. And today the 72-year-old has debuted new single We’re All Just Trying To Get By which features KT Tunstall. Fans can check out the music video below on the track Roger plays the instruments on too; a theme replicated across the upcoming record.

According to an official statement: “We’re All Just Trying to Get By is a gorgeous piece of dreamy pop with a sweeping widescreen melody, a radiant glow and a quietly profound, ultimately uplifting message.

“Couched in luxuriant liquid guitar and ambient seagull effects, Roger’s wry lyric marvels at how every living thing on Planet Earth, from mighty mammals to tiny insects, from humans to microbes, ultimately has the same aim: to survive, to thrive, and to co-exist as harmoniously as possible.”

While Roger himself says he just wanted to try and highlight the great things in life.

The 72-year-old said: “It’s the simplest statement really. It’s what every life force on Earth is doing: just trying to get by and proliferate and exist.”

Roger continued: “That’s all we are trying to do, from plants to animals to humans, trying to survive. For all our troubles and everything, every sort of life is all just trying to get by.

“Also, of course, we are in the middle of a bloody pandemic… I mean, even the coronavirus is just trying to get by too!”

The Queen drummer also shared how KT Tunstall ended up singing with him on We’re All Just Trying To Get By.

He said: “The track was all finished and it was suggested it might be nice if we got KT involved.”

Roger said: “I love what she did, I think it really adds to the track. And she’s very clever. I think people forget that she was really the pioneer as far as I know of looping, the looping technique which obviously Ed Sheeran is brilliant at and has made very popular. But I remember her doing it, what, 15 years ago?

“Fantastic. She’s a very talented singer and musician and it’s lovely to have her on the track. It’s a very nice partnership.”

While KT herself shared how thrilled she was to be a part of the first single on Outsider. She said: “It was the coolest surprise Roger getting in touch during lockdown and asking me to lend my vocals to this great and meaningful song. What a pleasure to work with such a brilliant writer and musical hero.”

Outsider is released on October 1, ahead of Roger’s upcoming UK solo tour which will include some of his Queen hits. Here are the full set of dates and information on where tickets can be pre-ordered:

DON’T MISS
Brian May has to pinch himself over certain aspect of Queen’s success [BRIAN MAY]
Roger Taylor thought Michael Jackson’s idea for Queen was ‘nuts’ [ROGER ON MICHAEL JACKSON]
Led Zeppelin to The Who: Roger Taylor on his musical influences [EXCLUSIVE]