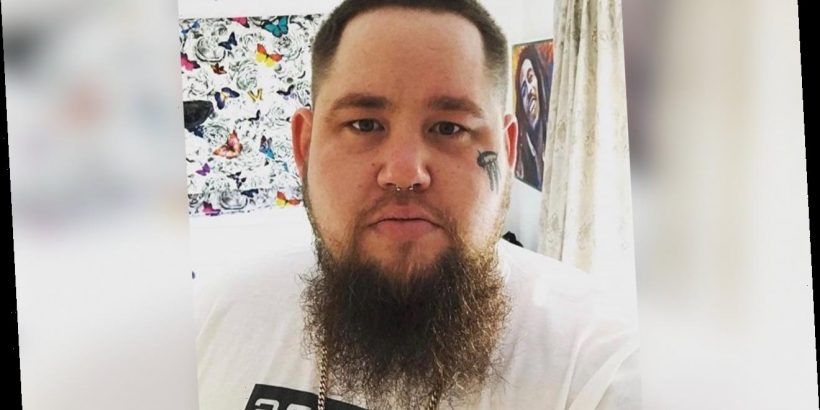 Speaking about the ballad on his new album ‘Life by Misadventure’, the ‘Human’ hitmaker admits to be drinking too much when writing it down, and realizes its selfish side when listening back.

AceShowbiz -British singer/songwriter Rag’n’Bone Man has opted not to release one of his new songs as a single because it’s too miserable.

The “Human” hitmaker was “drinking too much” when he wrote “Talking to Myself”, a ballad on his new album, “Life by Misadventure”, and listening back to the track when he was sober, he decided it’s a very “selfish” track the world doesn’t need right now.

He tells The Sunday Times Culture Magazine, “I love the song, but listening back it is a bit ‘me, me, me’. Selfish sod! I have unequivocally told my label not to release it as a single. No one needs that much misery at the moment.”

The track was the only song on the record inspired by the end of the star’s six-month marriage to Beth Rouy.

He adds, “I told myself, ‘No love songs or break-up songs this time’. Then I went mental in one room for a while and let that one sneak in. Who isn’t bored of break-up songs? They’re everywhere these days.”

“When gigs get going again, I don’t want to be standing next to a pianist on stage, looking all sad. I want to be at festivals, kicking a**e and making people dance.”

Much of the new album was recorded in Nashville, Tennessee, and the singer admits that living and working in the home of country music changed the way he approached his work, “I didn’t go to make country music, but the storytelling tradition of the city changed me,” he smiles. “I said stuff to strangers in writing rooms there which I wouldn’t have dreamt of here (in Britain).”