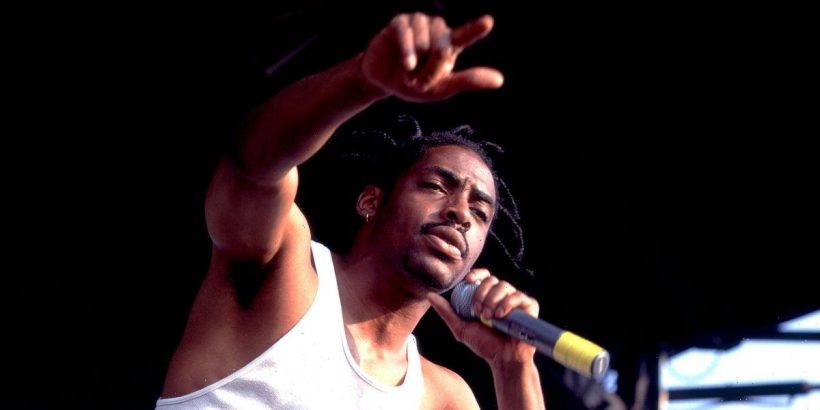 Coolio's Gangsta's Paradise become a global hit when it featured in hit 1995 movie Dangerous Minds but the song didn't just represent the fictional plot – it was an insight into the rapper's turbulent life growing up in Compton.

Coolio – who tragically passed away on Wednesday at the age of 59 – co-wrote Gangsta's Paradise with fellow rapper and singer LV with the pair working alongside producer Doug Rasheed to create the finished product for the Dangerous Minds soundtrack.

The movie saw Michelle Pfeiffer star as former marine Louanne Johnson, who takes up a job at a school where her disengaged students live a life centred around gang warfare and drug dealing.

The rapper crafted his lyrics to help convey the feelings of the youngsters living in the shadow of gang life with little or no hope for a way out as they grew older.

The song takes on a religious theme, opening with a line from Psalm 23:4: "As I walk through the valley of the shadow of death," before diverting into the freestyle lyrics that set the tempo for the rest of track: "I take a look at my life and realise there's nothin' left."

Coolio admitted that the lyrics came to him very quickly in just one sitting, and he would later claim that the song was a creation from outside his own control even, saying: "Gangsta’s Paradise wanted to be born; it wanted to come to life, and it chose me as the vessel."

The single was one of the only songs released by Coolio to contain no swearing due to it featuring a sample of Stevie Wonder's 1976 track Pastime Paradise.

Coolio previous explained how Stevie did not want profanities used on the soundtrack of his song.

He said: "I had a few vulgarities… and he wasn't with that. So I changed it. Once he heard it, he thought it was incredible."

While the chart-topper grew up in the poverty-stricken Californian city of Compton, he insisted the song was not written about him, but instead about the kids in Dangerous Minds whose lives are out of control and torn apart by gang culture.

However, Coolio – real name Artis Leon Ivey Jr – could certainly have drawn comparisons to the movie's young stars from his own youth.

Having struggled as a young man growing up in a poor neighbourhood he found himself becoming a gangbanger and ultimately a juvenile offender in his teens.

The violent and demeaning lifestyle led to him developing a drug addiction which ravaged him before he moved to San Jose in his 20s.

Upon relocating to live with his father Coolio found Christianity which he would credit for helping him to overcome his crack addiction and started working as a firefighter for the California Department of Forestry before embarking upon his career in music.

He shot to fame worldwide thanks to the success of Gangsta's Paradise as it reached No1 in dozens of countries around the world including the UK.

It topped the US Billboard chart and went on to become the best-selling single of 1995.

Coolio remained at No1 in Australia for 14 weeks, a record that was only broken 22 years later by Ed Sheeran's Shape Of You.

Gangstas Paradise has sold over five million copies in the United States, United Kingdom, and Germany and was listed as No85 in Billboard's Greatest Songs Of All Time.

The rapper would go on to sell more than 17million records worldwide throughout his career.

Some of the most famous rappers in the world have also hailed from Compton, including NWA star Ice Cube, Kendrick Lamar, Dr Dre and The Game.