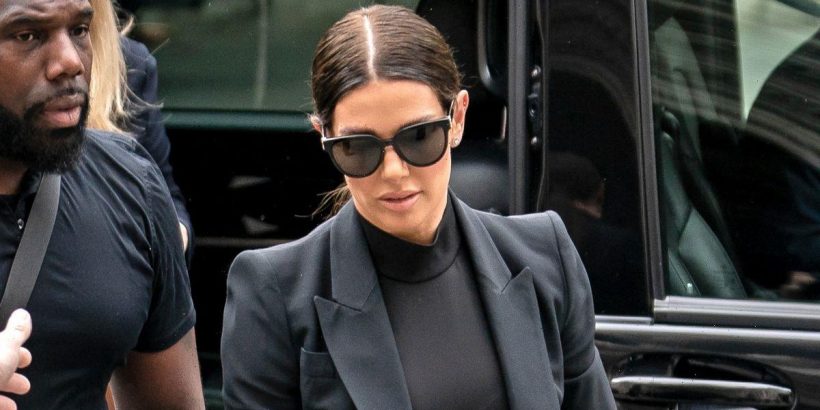 Rebekah Vardy claims in evidence she will "never forgive" Coleen Rooney for "ruining" her pregnancy and causing her weeks of stress after accusing her of leaking information to the press.

Vardy is now in a libel battle with Rooney and the court trial is underway, who claimed Vardy had revealed private details of her life with former footballer Wayne Rooney.

Rooney underwent a months-long "sting operation" to find out who had revealed her private information.

Vardy is now seeking legal action against the claims and has now claimed months of torment she endured before and after her pregnancy.

Vardy said she had suffered "strange palpitations" and "contraction-type pains" after she began receiving a slew of vile messages after Rooney's social media post.

In a written statement, Vardy said: "I was in such a heightened state of emotion because I was heavily pregnant and it felt like the whole world was caving in on me. I must have been in shock.

“I started getting really bad pains in my stomach … They were contraction type pains and I panicked that the baby was in danger.”

Vardy claimed that she suffered with severe anxiety and suicidal thoughts in the last two months of her pregnancy, and was admitted to hospital three times.

The wife of Leicester City strike, Jamie Vardy, claimed how her family received "abuse and threats of a really horrific nature" after Rooney made the accusation on her social media page.

Vardy claims that she now even fears bringing her children to watch their dad in football matches, saying she was "jeered and heckled" by the crowd, with on even calling her an “evil rat-faced b****” who “deserved to die” and another that said her baby should be “put in an incinerator”.

She added: "I will never forgive Coleen for the way in which she ruined the last two months of my pregnancy and my new born stage with my youngest daughter.

"I was in such a state of anxiety that I found it really difficult to relax and enjoy what should have been a special time. This is time I will never get back."