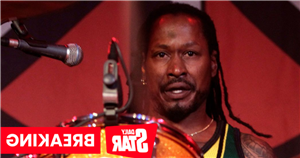 DH Peligro has died aged 63, the Dead Kennedys has confirmed.

The drummer, whose real name is Darren Henley, tragically died after a head trauma on Friday, October 28, following a fall at his home in Los Angeles.

"He died from trauma to his head from an accidental fall. Arrangements are pending will be announced in the coming days. Thank you for your thoughts and words of comfort."

The drummer joined Dead Kenndedys in 1981 and stayed with them until their split.

When they reunited in 2001 Peligro returned to the group and continued to work with them while they were still performing.

The drummer was also a member of the Red Hot Chili Peppers and replaced Jack Irons on drums in 1988.

He also contributed to the song writing with some tracks appearing on the album Mother's Milk the following year – but following "issues with drugs and alcohol" his time with the band was cut short.

Peligro was soon replaced by Chad Smith, who remains with the group now.

Anthony Kiedis, lead singer of the Red Hot Chili Peppers was said to have been a great support in helping the drummer get sober.

Peligro's final performance is set to be in a film titled Free LSD, set to be released in 2023 – a sci-fi comedy about an LA punk band as they create their album together.

Tributes have poured in following the news of Peligro's death, with one user writing: "RIP DH Peligro, one of the best punk drummers to ever do it. He was a huge inspiration for myself as a younger black rock fan."

Another wrote: "Such sad news! This band was my jam in the early mid 80s. Still searching for that EastBayRay sound after all these years. RIP DP."

A third said: "RIP DH. I'll never forget when you called me out at a show for being a young girl going hard in the pit. Rest easy legend."