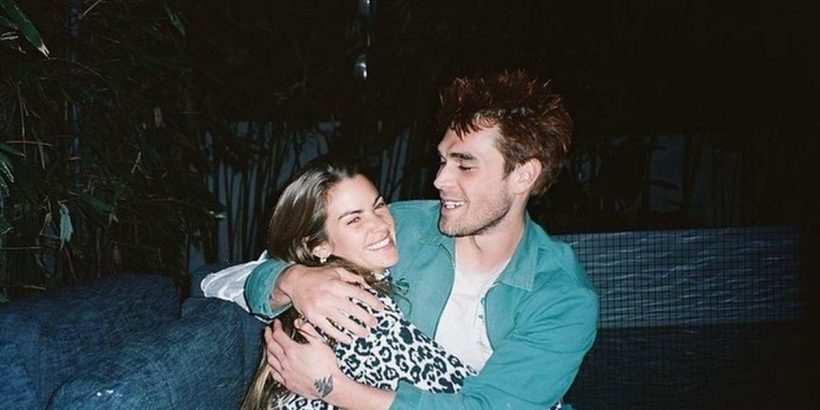 The 24-year-old star became a father for the first time to his newborn son Sasha Vai Keneti Apa on September 23.

Clara, 27, confirmed the arrival of the little boy by taking to Instagram to post a sweet photo of the baby’s hands.

Captioning the precious photo, she wrote: “He is a perfect perfection. I am the luckiest to have now two men of my life, filling my heart with this cosmic gigantic vast love.”

Clara’s army of followers were quick to offer their congratulations to the couple.

One fan wrote: "Waooooooo congratulations!!!! best news ever," and another added: "YOU ARE THE BEST MOTHER IN THE WORLD!!!"

KJ and Clara were first romantically linked to one another in August 2020 when he shared a series of nude photos featuring the model as they enjoyed a holiday together at an undisclosed location.

Then in December last year, KJ seemingly confirmed their romance after referring to Clara as his “love” while celebrating her 27th birthday.

Posting a mirror selfie of them alongside two red heart emoji on his Instagram Story, he wrote in the caption: "Happy birthday my love.”

The couple first revealed their pregnancy earlier this year on Instagram, with KJ sharing a picture of them with Clara's pregnant belly front and centre.

The French model then shared another picture of herself with a "cooking" emoji to signify the saying of having a "bun in the oven”.

The New Zealand actor revealed how excited he was for his unborn child's arrival, in an interview earlier this year.

Speaking to Australian Men's Health he said: "I've never been so sure of anything in my life, other than the fact that I want to be a father.

"It's a lonely place, this industry. Human interactions are no longer the same for me.

"I'm searching. I'm searching for genuine relationships with people who genuinely care about me and who I care about, not because of who I am or who they are," he added.

KJ shot to fame playing Archie Andrews in the CW drama Riverdale, based on the Archie comics.