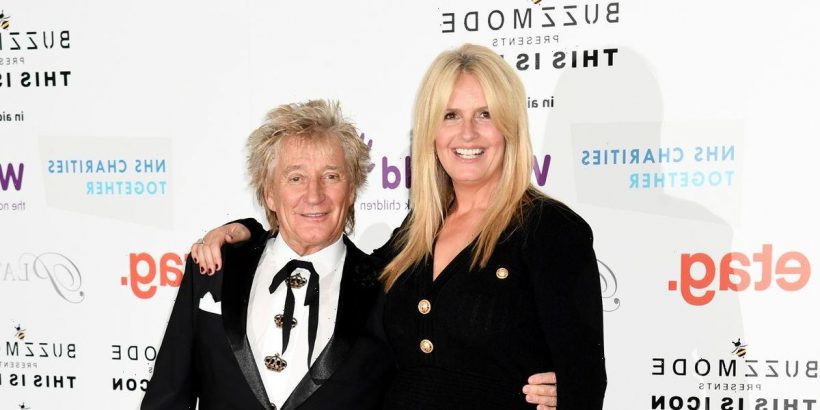 Sir Rod Stewart lays awake all night worrying wife Penny Lancaster may be killed as she pounds the streets as a beat cop.

Pop king Rod, 76, has concerns about his third wife being on the streets as a special constable with the City of London police force.

The music maestro is still haunted by his 50-year-old wife almost being stabbed by a needle-wielding drug addict during her stint on a reality TV as a cop.

Rod said: “A year ago she did a celebrity TV appearance with the police. She actually got attacked by a drug addict with a needle once – who thankfully missed.

“But she said: ‘I love this and I really want to do this,’ which is a bit worrying for me.

Rod said people often recognise the former model on the beat, shouting: “That Rod’s wife! ’Ello Penny, how you doin’?”

Penny starred in Famous And Fighting Crime on Channel 4 in 2019, and the experience led her to training to become a special constable in real life.

On Loose Women, she detailed her battle with a druggie attacker, saying: “There was a lady who I was chasing, a possible theft from a shop. When she slowed down, I realised she was a drug addict. Literally frothing at the mouth, dark circles, shaking.

“As I approached her, she threatened me with her needle.

Meanwhile, Rod is surprised to have become a TikTok hit, saying: “I am shocked because it’s a fairly youthful platform, but I was really proud – my two boys texted me and said: ‘Dad you are so cool!’

It comes after Rod admitted that intimacy has been the key to his 14-year marriage to Penny.

The legendary rocker offered up some advice to the six young women in his band while traveling on a flight with them.

"I told them, 'Intimacy is the most important thing in a relationship.' Don't take it for granted."

"I'm not talking about sex, but a kiss and a cuddle and a hold.

"Penny and I do that every morning. We hug each other — sometimes in bed, sometimes out of bed, all throughout the day. It's a wonderful relationship. Lucky geezer, aren't I?"