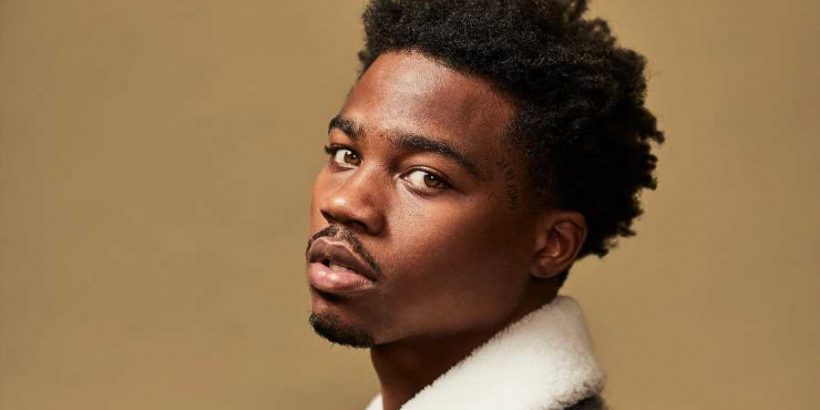 Roddy Ricch’s voice is a beguiling instrument—a mess of controlled squeaks and abrupt melodic outbursts. Every turn of phrase lands like it’s a memorable hook. From the jump, the Los Angeles native has drawn comparisons to Young Thug, who is one of his key influences. But Roddy’s barefaced bars—if anything, he’s like an intelligible Thugger—reveal his remarkable persona. He shared his journey on his 2019 debut, Please Excuse Me for Being Antisocial, with songs about his hardships growing up in Compton. Now, after some high-charting hits and the birth of his son last year, Roddy returns on Live Life Fasr sounding like he just wants to celebrate.

“Thailand” is a raucous fly-you-out affair where Roddy’s flow does a minimalist zigzag across the track’s restless low-end slap. Animated one minute, measured the next, each line—heightened by careful enunciation—is a playful use of negative space. Roddy’s tricky inflections make his squad goals (”I want some diamonds, I want some baguetties”) sound like fidgety demands.

Single “Late at Night” is Roddy’s low-key plea to his significant other to stick by him as he grapples with success. Over Mustard’s patented finger-snap percussion, Roddy acknowledges, “I wanna give you trust, but I can’t.” Being famous is around-the-clock demanding. And the 23-year-old just wants a partner who was with him back when he was shooting at the gym—someone who remembers he “really got it out the mud, climbin’ up the ranks.”

Roddy thrives when he’s in a meditative mood. And his introspective side made songs like the poignant coming-of-age chronicle “Big Stepper” one of the standouts on his debut. There aren’t too many moments like that here—he’s in full-on floss mode, which makes this sophomore outing a fun, if slightly surface-level listen. But “Rollercoastin’” is a best-of-both-worlds boon. Here, a catchy chorus—sweetened by mellow guitars—fuels his recollections of a wild tryst, concluding with some thankful affirmations for his newborn son. This potential hit is proof that, at the very least, Roddy contains multitudes.

The epic “All Good” turns balling into a treatise-worthy punchline: “We ain’t at no playground, I’ma show you how I play though/Bitch say I’m playin’ mind games with her, she call me Plato.” And “No Way,” with its exotic backdrop and assiduous mentions of designer accouterment (”mix the J’s with the double C, you know what I mean?”), makes the fun vibes feel as limitless as the credit allowances on a “Black” card. There’s no stopping the enthusiasm when Roddy Ricch is in go mode.