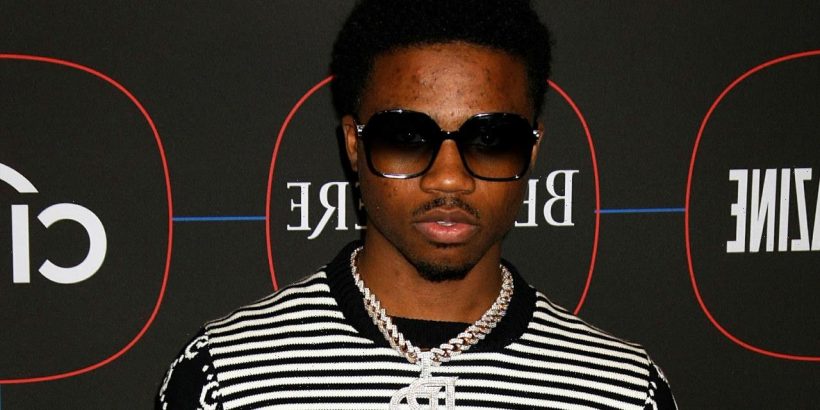 After some fans appear to doubt his claims that he gets paid $500,000 for a festival performance, the Campton rapper takes to social media to come with receipts that shut down the haters.

AceShowbiz –Roddy Ricch wants everyone to know that he’s not capping. After some fans appeared to doubt his claims that he got paid $500,000 for a festival performance, the Campton rapper came with receipts that shut down the haters.

Making use of his Instagram account, the “Astin Marton Truck” spitter pulled up proofs from his performance at New York City’s Governors Ball event in June 2022. It showed that Roddy earned a $50,000 deposit, which was due 31 days before the performance, as well as $450,000, which was due to be paid two days after the June 11 show.

It should be noted that Roddy didn’t get a chance to perform at the Governors Ball because he was arrested for weapons possession before his scheduled set. However, it seems like he’s still getting paid for the gig.

Roddy’s post arrived following his conversation in a recent episode of the “Joe Budden Podcast”, During his appearance, the Grammy Award-winning rapper asked Joe to guess how much he gets for a festival performance. When the host guessed “a buck 25 for an hour” which is shorthand for $125,000, Roddy scoffed at him.

The price shouldn’t be a surprise as he’s one of the biggest rappers in the game right now. Earlier this month, he released the third installment of his “Feed tha Streets” series. “Feed tha Streets III” includes his singles “Aston Martin Truck,” “Stop Breathing,” and Lil Durk-assisted “Twin”.

That aside, Roddy recently wrapped up his North American tour with Post Malone. In an interview with Apple Music’s Zane Lowe, he claimed that he planned to be more “consistent” in 2023, though he refuses to “rush” his work.