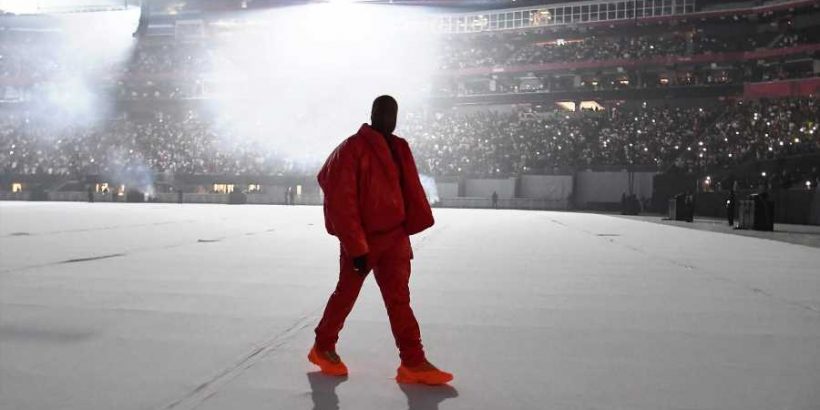 Kanye West’s Donda launched with the biggest first-week debut of 2021, as his new set amassed more than 341 million streams and close to 37,000 sales. With nearly 313,000 album-equivalent units, Donda passed Olivia Rodrigo’s Sour, which earned around 302,000 units back in June, along with high-flying debuts from Taylor Swift and J. Cole.

Donda stretches over 27 tracks and 108 minutes; it includes features from the Weeknd, Lil Baby, Jay-Z, Playboi Carti, and many, many more. “Hurricane,” “Jail,” and “Off the Grid” led the album’s charge, earning more than 20 million streams apiece.

On a different week, Halsey would have had a good shot at having the top album with If I Can’t Have Love, I Want Power, produced by Trent Reznor and Atticus Ross. Her album was slimmer than West’s — 13 songs, around 43 minutes — and it collected far fewer streams: 31.6 million, less than a tenth of West’s total. Halsey debuted at Number Two largely thanks to over 63,000 sales, far more than any of her competitors.

Rodrigo’s Sour fell to Number Three, though it continued to perform well, earning more 16,000 sales and more than 60 million streams. Doja Cat’s Planet Her sat at Number Four (66.5 million streams), and the Kid Laroi’s F*ck Love, which has grown over time to sprawl across 35 tracks, landed at Number Five (54.9 million).

If I Can’t Have Love, I Want Power

The Rolling Stone 200 Albums chart tracks the most popular releases of the week in the United States. Entries are ranked by album units, a number that combines digital and physical album sales, digital song sales, and audio streams using a custom weighting system. The chart does not include passive listening such as terrestrial radio or digital radio. The RS 200 Albums chart is updated daily, and each week Rolling Stone finalizes and publishes an official version of the chart, covering the seven-day period ending with the previous Thursday.

Lil Tecca jumped into the Top Ten following the release of the deluxe edition of We Love You Tecca 2, which added five more songs to the previous 20-song set (38.7 million streams). OneRepublic landed behind Tecca at Number 11 with Human (9.2 million streams), even as the band’s frontman, Ryan Tedder, dubbed the modern musical landscape “a nightmare,” worrying that “we live in a time when track seven off an album that you released six years ago has a greater chance of becoming a hit than the current song you’re promoting.” Chvrches Screen Violence also debuted in the Top Twenty with help from a robust sales count (12,400).

Next week, Drake is expected to challenge West’s first-week total with his new album Certified Lover Boy. It’s not as long as Donda, but its 21 songs have already pulled down more than 440 million streams, according to Alpha Data.