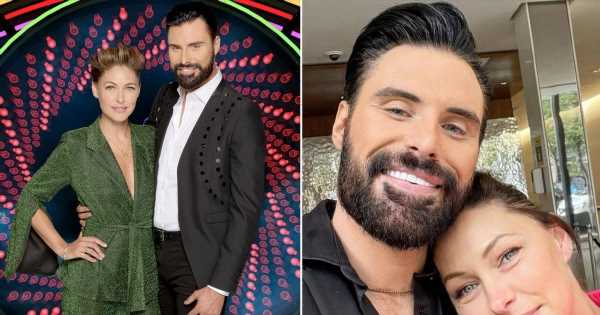 Fans are hopeful for a new series of Big Brother after Rylan Clark posted a cryptic photo to his Instagram.

The star, 33, posted a smiling selfie shot with fellow host of the series Emma Willis yesterday (May 24), and fans instantly jumped to the comments to share their suspicion.

One fan wrote in the comments: “Please say this is a hint for big brother coming back.”

While another said: “How I hope it’s coming back with you two!”

“PLEASE DEAR GOD LET THIS BE A SNEAKY ‘BIG BROTHER IS BACK’ PICTURE,” said another with a praying hands emoji.

And it seems fans might just get their one wish – as the Sun revealed Big Brother is to make a comeback to our televisions.

A source said: “ITV is the home of big appointment telly. They know better than anyone how to put on big live events. They think putting it on ITV2 will open it up to a new audience and legion of younger fans.”

"They are really keen on getting the deal done on Big Brother, and hope to have something firm to announce soon. The talks are still at an early, and delicate, stage and the next few weeks will be key.

"It needs the full treatment and they’re confident they are the ones who can return it to its legendary former glory. It has millions of fans and is one of the most iconic TV shows of its generation."

It also reported that Rylan Clark is in the runnings to host the new show – so we could see him returning to our screens alongside bestie Emma Wallis sooner then we think.

The show is set to make a dramatic return to TV screens, featuring Caitlyn Jenner as well as Married at First Sight’s Jessika Power.

E4 said in a statement: "The Diary Room Doors are preparing to open Down Under.

"Over 11 episodes, this celebrity series will see 12 celebrities live together in Big Brother’s first ever ‘luxury hotel’ – but of course, there’ll be a Big Brother twist waiting for them, as well as the chance to win a $100,000 prize for charity."