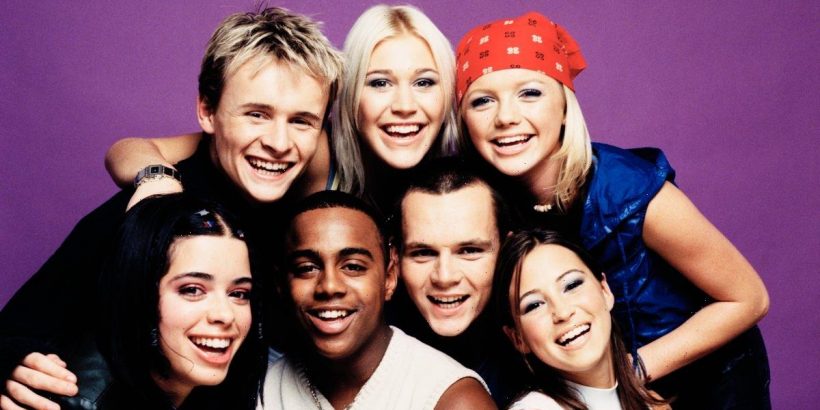 They famously reached for the stars, but did any of S Club 7 end up nearer to the gutter?

Back in the day – around the turn of the century to be more specific – kids up and down Britain wanted to be just like their favourite S Club pop stars, dressing in fluorescent primary colours, vests and low-rise jeans.

Their PG hits ranged from Don’t Stop Movin’ to Bring It All Back, never taking it an inch above family friendly.

And that’s why parents loved them, taking their 12-year-olds to their concerts and buying their albums.

They even had a stint starring in feature films – including one featuring their evil twins with no belly buttons – which were universally panned but at least they tried.

But they left with their pockets nicely lined. The band's members were each said to have earned £150,000 a year while in the group.

Paul, though, has since said they didn't earn as much money as they should have, claiming managers bagged more money.

Since they split, the group's members have enjoyed varying levels of fame and success. Here, we take a look at their money-making endeavours post-S Club and their individual net worths now.

When S Club called it a day, Bradley McIntosh first tried his luck as a solo artist.

Sadly, his solo career flopped and in 2006, he, along with other ex-boyband members, took part in MTV reality show Totally Boyband.

Out of that, Upper Street, a boyband made up of Bradley and members of 911, Steps, Another Level and New Kids on the Block, was formed. That project also failed to take off.

Also in 2006 he had a boxing match with Jack Osbourne for Sport Relief.

A couple of years later, he formed S Club 3 with Jo O’Meara and Paul Cattermole, performing in universities and nightclubs.

He again dabbled with a solo career, this time as rapper City Boy, but didn't see much success.

S Club 7 got back together in 2015 for a one-off reunion tour, before Bradley, Jo and this time Tina carried on as S Club 3.

Bradley, 40, has also topped up his earnings along the way by writing songs for JLS and Sugababe Mutya Buena.

But he's also suffered heartbreak, after his cousin, Andre Bent, 21, was stabbed to death outside of a nightclub in 2019.

His best friend Kayode Badejo, 20, was also jailed for a non-fatal stabbing attack in the same fight.

Bradley said on the night of his cousin’s death: "I'd rather be here performing for you Worcester, than moping at home. But please can we have a minute's silence for my cousin."

Rachel Stevens was doubly famous at the peak of S Club's fame for her relationship with Holby City actor Jeremy Edwards.

She said at the time that she “really did not have a clue” he was going to propose, after he did so in 2002.

The relationship put them firmly in the spotlight even after the band split up, and Rachel was earning steadily.

When S C Club split, she launched a solo career, signed a £1.5million solo four-album deal with Polydor Records. Her debut single, Sweet Dreams My LA Ex was a hit, as was the album, Funky Dory.

In 2005, she released her second album, which had relative success, but her plans to release a third record were shelved as she opted to focus on philanthropic projects and charity work.

She's since taken part on Strictly Come Dancing, finishing in second place, and appeared as a mentor on the New Zealand version of X Factor, as well as a contestant on Celebrity MasterChef and Celebrity Mastermind.

This year, she took part in Dancing On Ice and was third to be eliminated.

She split with Jeremy in 2004 and now lives a comfortable life in north London with her husband Alex Bourne. Now 44, she has a net worth of £2,464,740, Celebrity Net Worth reports.

Jo O'Meara has the highest net worth of all the S Club members, according to Idol Networth.

It's no surprise given she's managed to keep busy in the intervening years – and seen her fair share of controversy too.

At first, life post S Club seemed to be going well. Jo launched a solo music career, releasing a cover of Every Kinda People, as well as single What Hurts The Most.

But just a year after signing with the label Sanctuary Records, she left – and filed for bankruptcy. She also had a gambling problem.

She also had appeared in TV gameshows, includingJust The Two Of Us, paired with Chris Fountain, and coming third.

But her time on Big Brother in 2007 hit her career. She was accused of bullying Shilpa Shetty, along with Jade Goody and Danielle Lloyd.

She was quickly evicted, and the series of incidents made national news.

Prime Minister at the time Gordon Brown said: “I want Britain to be seen as a country of fairness and tolerance. Anything detracting from this I condemn.”

For better or worse, her ability to stay in the spotlight has given her an estimated net worth of £6,573,440, according to Idol Networth.

Tina Barrett, now 45, flirted with the idea of a solo career when S Club split, before settling on a hiatus instead.

That break lasted for nine years, until she returned in 2012 with a solo single, Fire.

She did panto in 2013, starring in Beauty and the Beast then The Wizard of Oz the following year.

She's released further solo material, including Make Me Dance and All Fired Up.

Tina dated Hunted star Paul Cashmore, which planted the two firmly in the spotlight, but they split in 2019.

The star, who has a son Roman, said: “Walking away from the relationship was hard. It felt like my whole world caved in.”

According to Celebrity Net Worth, Tina's net worth still sits at an impressive £6,570,240.

Jon went on a different journey to his bandmates, heading to the West End to perform in musicals.

The actor and singer also appeared on TV, in Casualty, and in the TV Mini Series Famous 5: On the Case.

Jon, 40, even appeared on ITV dating show Dinner Date as a dating hopeful.

Paul, now 45, was the only band member to quit before S Club officially split.

But he struggled financially on his quest for a solo career.

He has spoken openly about how little money he made even while part of the group, telling the Guardian that he couldn't afford a £100 bottle of wine, even at the height of his success.

He explained: “The style and energy that was portrayed was coming from us, entirely. There was no management in that. The actual thing that people were buying into came from us.

“And to see people get hundreds of millions of pounds, and all the credit – no. We created that sort of fun energy on our own, despite the pressure they put on us.”

After it was revealed that Paul was selling his Brit Award on eBay, he revealed on Loose Women that he owed £30,000 in taxes and legal fees.

In 2015, he was declared bankrupt. He appeared on Channel 4’s First Dates Hotels in 2019, and continues to make his own music.

She bought a house with fellow bandmate Paul while the two were dating. They then sold it for around £100,000 more than they bought it for just three years later.

After leaving the band, she appeared in shows such as EastEnders and Casualty, and bought a house in London.

She has also relaunched herself as a wellness coach, which has earned her a steady income for years.