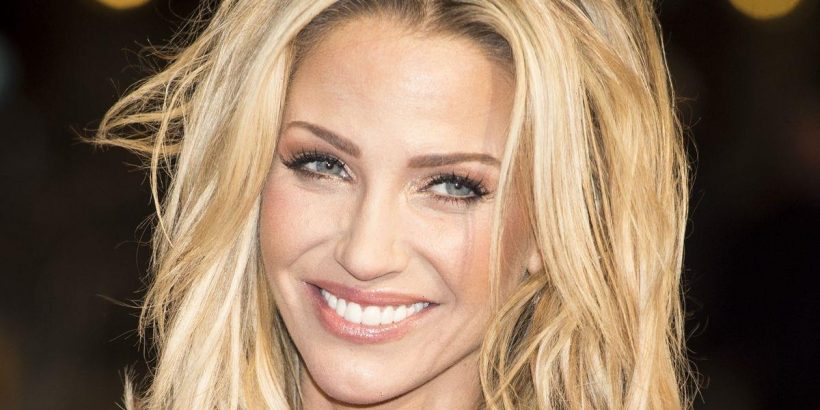 Sarah Harding, who died after a battle with breast cancer on September 5 aged 39, was honoured at The Royal Variety Show.

On December 19 the show paid tribute to famous faces and performers who had sadly lost their lives this year, including Sarah Harding, Captain Sir Tom Moore and Sean Lock, among many others.

As the ITV show shared its tribute section of the event, viewers couldn't hold back the tears.

A clip of Girls Aloud singer Sarah performing at the same event in 2012 appeared on screen alongside a sweet photo of her face as fans immediately took to Twitter to share their heartbreak.

One user wrote: "In memory section always puts things into perspective well lives, long and full lives like [Barbara] Windsor and the all too short like beautiful Sarah Harding."

Another said: "The tribute to Sarah Harding got me."

A third wrote: "Two names on that list taken before their time. Sean Lock and Sarah Harding."

An additional tears fan added: "Sarah Harding was just included in the memorial part of the Royal Variety Performance and I've just gone. Seeing her in a list of people we've lost really hit."

Sarah tragically died in September after revealing she was battling breast cancer in August 2020.

She informed her followers that the cancer had advanced to other parts of her body and said she was "fighting as hard as I possibly can".

In her autobiography, Hear Me Out, released in March 2020, the doctors had told her that her upcoming Christmas would likely be her last.

Although she announced in January 2020 that the tumours in her brain and lungs had shrunk following treatment, the disease still took a toll on Sarah's life.

She wrote at the time: "Many of you will know of Sarah's battle with cancer and that she fought so strongly from her diagnosis until her last day.

"She slipped away peacefully this morning. I'd like to thank everyone for their kind support over the past year."

The news of Sarah's passing rocked the lives of her family, friends and fans, with tributes pouring in from all over, including from her Girls Aloud bandmates.