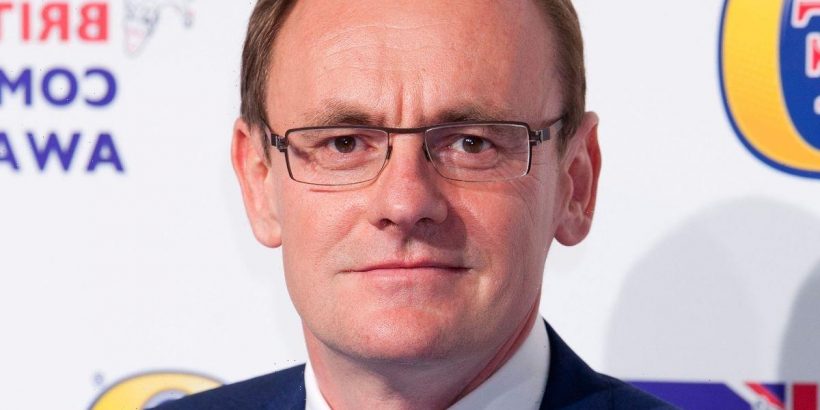 8 Out Of 10 Cats star Sean Lock has died aged 58 from skin cancer, his agent confirmed.

Sean was married to Anoushka Nara Giltsoff, with whom he shared two daughters and a son, but as he rose to fame on the Channel 4 comedy shows, he kept them out of the public eye.

The comedian previously spoke about how travelling around the country tour affected his marriage, revealing to TimeOut in 2010 that he found it hard to adjust whenever he came back home.

He said: "Every time I come back me and the wife have arguments and I fall out with the kids. The problem is she doesn't know anything about how hard my job is and likewise I've forgotten how hard her job is. That's the hard bit, but you get over it.

"Recently my wife said, 'the best thing to do when you come back is just shut the f**k up. Don't say anything. Don't get involved. Know your position. You're the lowest in the family; you're right behind the baby on the list of important things. Stay there.' And strangely, that worked."

He also revealed that they made sure to go to extra lengths to protect their children's skin from the sun after Sean was diagnosed with a malignant melanoma at only 27.

He said: "My partner Anoushka is excellent about sun protection, and if it's hot, she makes sure she puts SPF50 cream on the children before they step out of the house."

Whilst Sean's wife made sure to take care of him and their kids with their skin health, it was actually a one night stand that first pointed out his melanoma.

Sean said during a performance that a woman named Tina drew his attention to the abnormality, telling the crowd: "I was in my late 20s and had been in a long-term relationship which had come to its conclusion, so I was single.

"But the fact is, I was with a girl called Tina one night and if I hadn't been, well, I'd be dead now because she noticed something about me that I hadn't.

"She said there was something weird on my back.

"I asked her what it looked like and she said it was a patch of skin which was black, misshapen, with a crusty texture and about the size of a 10p piece."

Sean then made an appointment with his GP, who told him it was a malignant melanoma after giving him a biopsy.

The comedian revealed that he was told that if he hadn't seen by his GP and referred to a specialist, the cancer would almost certainly have spread into his lymphatic system and could well have been incurable after three to four months.

Sean ended the story by saying: "I never saw Tina again, but if I happen to bump into her, the first thing I'll tell her is that she saved my life …"