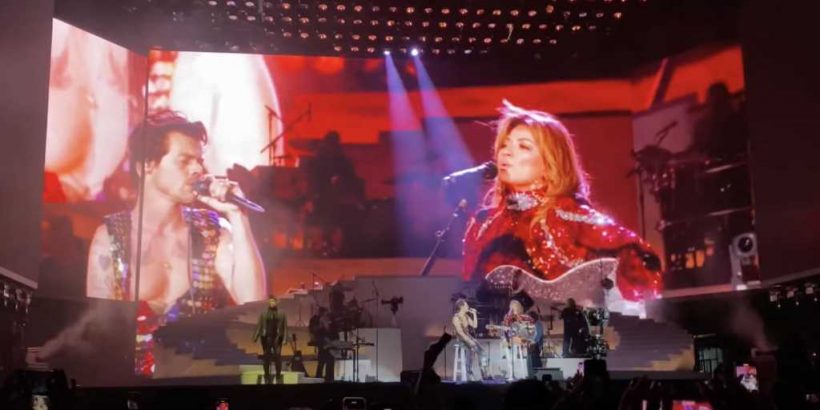 Harry Styles performed two Shania Twain hits with the country legend herself and debuted three new songs live — including his latest single “As It Was” — as part of his Coachella headlining set Friday.

The singer first welcomed Twain, who emerged from a platform at the back of the stage, near the end of his set to deliver her 1997 hit “Man! I Feel Like a Woman!” together. Next, Styles — who previously performed Twain’s “You’re Still the One” alongside Kacey Musgraves in 2018 at a Madison Square Garden gig — and Twain teamed to duet on the Come On Over single.

Styles opened his 18-song headlining set with the debut performance of “As It Was,” the first single off his new album Harry’s House, and later premiered a pair of songs likely destined for his upcoming LP: The acoustic ballad “Boyfriends” (“To boyfriends everywhere, fuck you,” Styles prefaced) and the funky “Late Night Talking.”

Harry’s House, Styles’ third album and first since 2019’s Fine Line, arrives May 20. Before that, Styles will return to Indio, California to headline the Friday night festivities at Coachella’s second weekend.