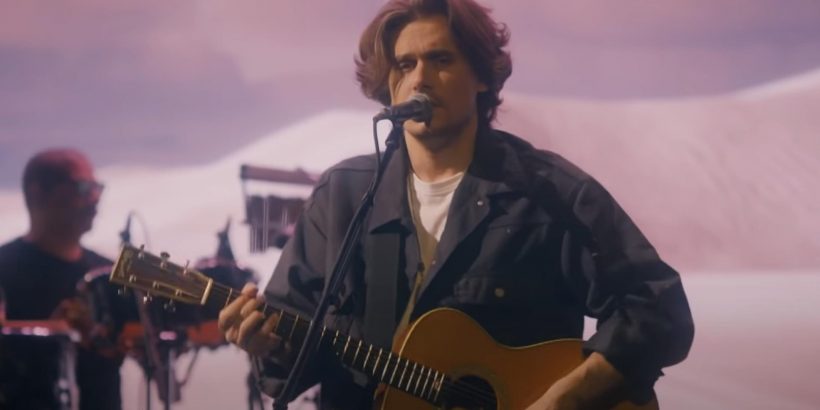 John Mayer celebrated the arrival of his new album Sob Rock Thursday night with a visit to The Tonight Show, where the singer performed two tracks from his just-released LP.

Performing virtually from a panoramic soundstage, Mayer and his band delivered the acoustic ballad “Shouldn’t Matter But It Does” along with the Eighties-indebted single “Last Train Home.”

As Fallon noted in his introduction, Mayer announced 2022 tour dates in support of Sob Rock this morning, with the singer embarking on the arena trek starting February 17th in Albany, New York. The trek currently concludes April 28th in Chicago. Prior to that, Mayer will hit the road with Dead & Company for a fall tour that begins in August 2021.

“I’m only interested if I get to put new paints on the canvas. And if my way of doing it at this time was, literally no one’s looking,” Mayer previously told Zane Lowe of his new LP. “This one’s called Sob Rock because you just would never have imagined that was the name of the record. And I’m going to go so deep into my fantasy. I live, half of me is in this fantasy all the time now, especially as I’m watching the promo stuff come together.”