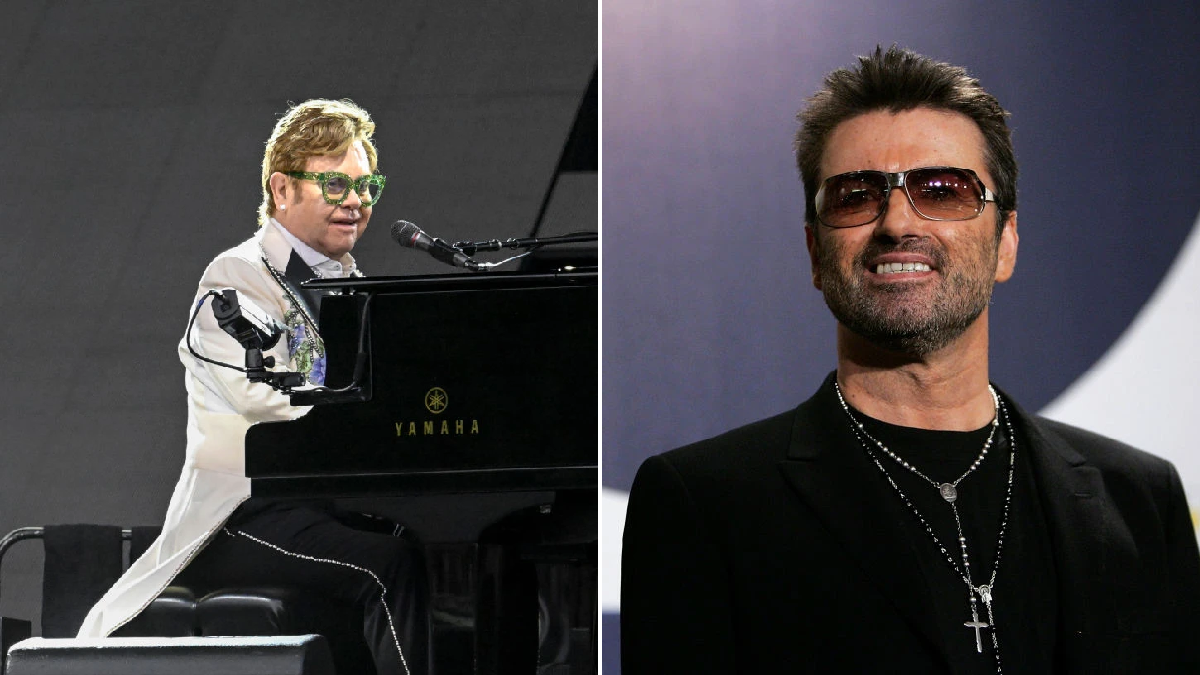 Sir Elton John dedicated his performance of Don’t Let the Sun Go Down on Me to late friend George Michael during his Friday night show at British Summer Time (BST) Hyde Park festival in London.

Introducing the track, which found a second wave of success in 1991 as a live cover version between Sir Elton and Michael, the Candle In The Wind chart-topper said: ‘I miss him, and we all miss him, and we miss his visage. So, George, I love you and I miss you – here we go.’

Friday marked the day before what would have been the late singer’s 59th birthday.

The Careless Whisper singer died at his home on Christmas Day (December 25) in 2016 at the age of 53. A post-mortem later found the cause of death to be heart disease.

Earlier this week, the George Michael Freedom Uncut documentary was released in cinemas, mark the final piece of work from the musician, who was heavily involved in the project before his death.

Don’t Let the Sun Go Down on Me was initially written by Sir Elton and his long-time lyricist Bernie Taupin and released in 1974, where it peaked at number two on the Billboard Hot 100 and reached number 16 on the UK Singles Chart.

Elsewhere during Sir Elton’s barnstorming BST performance, the 75-year-old musician also acknowledged the sacrifice made by NHS and frontline workers during the coronavirus pandemic.

During his hit song I’m Still Standing, in collaboration with Vodafone and using Augmented Reality (AR) technology, fans were able to enjoy a time-synced 3D show tribute, viewed via a special app.

‘When you saw the news footage of what they were dealing with at the height of the pandemic, it was horrific but also completely awe inspiring that they were keeping going under the most awful circumstances.

‘It’s important that we don’t forget the sacrifices made by NHS workers during that time so I think anything that we can do, even if it’s just a small thing like giving away tickets or speaking about it in the press, that reminds people of what they went through, helps.’

Sir Elton performed songs from either end of his half-century as a recording artist, with a dedication to late collaborator Aretha Franklin too

His appearance at the festival, which returned on Friday for the first time since the coronavirus pandemic, came part-way through his marathon Farewell Yellow Brick Road tour.

The 300-plus date worldwide run is due to conclude next year and will mark his retirement from touring after 52 years on the road.

Hit song I’m Still Standing, written by Sir Elton and Bernie Taupin, was released as part of his 1983 album Too Low For Zero.

Sir Elton said of the song and its relevance now: ‘Who could ever have imagined a global pandemic like that and us having been through what everyone has been through in the past couple of years? But I’m Still Standing is a song that has taken on so many meanings to different people over the years. That’s the magic of pop music.

‘Something that just starts as a seed of an idea between me and Bernie can take on a life all of its own and go on to mean so much to so many people.

‘It almost stops being your song at that point, the public take it and give it life and new meanings, it’s almost like folk music.’

He added: ‘I’ve always tried to look forward with everything I do. The future is what excites me, not what’s happened before.

‘When we launched the Farewell Yellow Brick Road tour, we announced it with a big VR moment that took people through the 50 years of my career.

‘That kind of thing really excites me and helps connect my music with new fans and new generations. And also new artists give me energy, and new ideas.’

During his BST show, Sir Elton played a stripped-back rendition of Candle In The Wind, which was rerecorded in 1997 to mark the death of his friend, Diana, Princess of Wales, and whose memorial fountain stands in Hyde Park.

The Rolling Stones perform at BST Hyde Park on Saturday, with the Eagles on the bill for Sunday and Adele, Pearl Jam and Duran Duran will also headline the festival, sponsored by American Express, this summer.