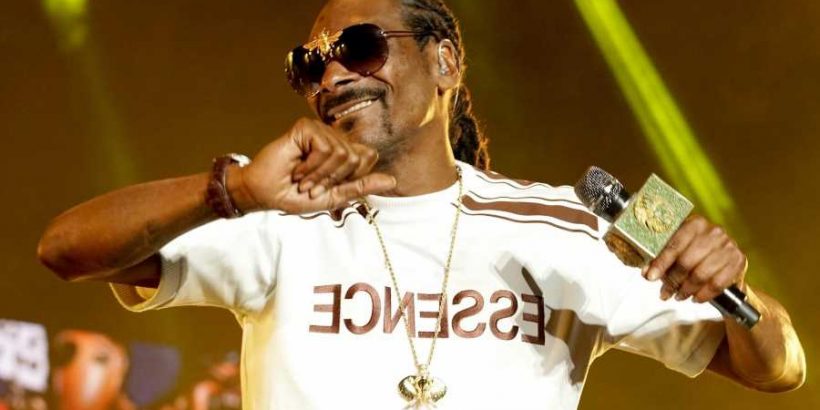 Snoop Dogg gets dark and doomy on “Murder Music,” featuring Benny the Butcher, Jadakiss, and Busta Rhymes. The song is off Snoop’s latest, Snoop Dogg Presents the Algorithm, out Nov. 19.

The track starts out with a creepy, horror movie-esque beat, with Benny the Butcher delivering the first verse: “Yo, murder music just for this type of shit that could ban us/ ‘Cause this what they gon’ play when they wipe they prints off they hammers.”

Jadakiss comes with his distinctive rasp on the second verse — “Yeah, some come through the water (Uh-huh)/Some come through the border (Uh)/Some of them get caught, but that’s dependin’ on the porter (Yup) — while Rhymes closes things out: “I only got time to murder shit, I bang/And I’m deaf in both ears (Uh-huh)/When I’m makin’ n-ggas black/And rip couches and throw cheers (Uh-huh).”

Algorithm marks Snoop’s first project for Def Jam Recordings as an executive creative consultant and features artists from the label’s past, present, and future. “There’s so much talent on this record, so many styles of music, it breaks the algorithm,” Snoop said in a statement. “Right now, the algorithm is telling us you have to rap this way, you have to sound this way, but they’re not telling you how it’s supposed to feel. My algorithm is going to give you a feeling, not a sound.”

Snoop recently appeared on Rolling Stone‘s Music Now podcast to discuss Dr. Dre’s next project, the 2022 Super Bowl halftime show, and this beef with Eminem. “The direction I was thinking most was putting out some great fucking music,” Snoop Dogg says of Algorithm. “It’s time for Snoop Dogg to pop back on the scene. And not only by himself, but bring an army of people with him — new artists, established artists, and some legends.”