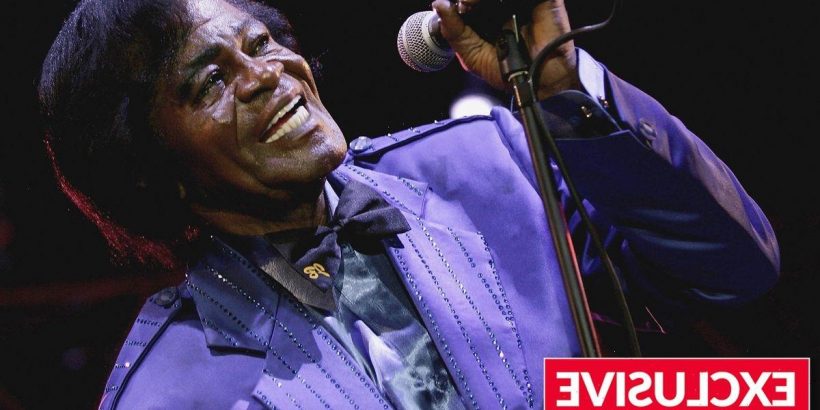 The iconic disco singer is a legend in her own right, but she has also worked with some of the most famous stars in history, such as Michael Jackson, Diana Ross and Nile Rodgers.

Kathy was just a teenager when she performed at the historic Rumble in the Jungle boxing event in 1974, the heavyweight championship bout between Muhammad Ali and George Foreman which took place in Zaire, Central Africa.

The titan boxing match saw Kathy and her sisters share the stage with none other than the Godfather of Soul himself, James Brown, who taught Kathy vital lessons in artistry.

Speaking exclusively to Daily Star's Sam Huntley, Kathy Sledge opened up about what it was like to work with the biggest names in the music game, and the time she shared a flight with the likes of James Brown, Bill Withers and the Pointer Sisters.

Kathy confessed she felt like she was "in wonderland" the whole time during her Rumble in the Jungle stint where she also met the most iconic boxer of all time, Muhammad Ali.

The star-studded trip began when she boarded a flight with her fellow performers, which just happened to include I Feel Good icon James, Bill Withers and the Pointer Sisters.

She said: "I got a chance to work with James Brown. I was 13 years old or 14. Something like that, and we were all on the same plane together. All the talent, from James Brown to Pointer Sisters to Bill Withers, and it was world music, too. All of these artists are on this flight together.

"And I’m like this kid, I was in wonderland throughout the whole time, and meeting Muhammed Ali and George Foreman, and of course, James Brown."

Although the We Are Family hitmaker was no older than fourteen at the time, she insisted she never took her experience for granted and made sure to "lean in" and learn from the legends.

Kathy went on: "And sharing the stage with him, I never took the spinners. I never took it for granted that we were in this really huge place with these iconic stars, and what I would always do is lean in and learn from them as an entertainer, and can truly say it seems like the artists of that era and early artists like James Brown, like the Prince’s, like the Stevie Wonders, the Smokey Robinsons, the Tina Turner’s.

"They always seem to be the most humble. In my experience of working with them, because they get it."

She also believed they were the most humble performers as they cared deeply about their audience and saw themselves as "entertainers" rather than stars.

"They care about their audience. You read these stories about artists who wait like four hours before they come on stage, and I’m like ‘these people are sitting in their seats’. You got to think about it. Some of these people come up with their forty pounds, it could be five, whatever it is.

"They scraped it up and saved it to come and see you, and you know, that might be that one time they just get a chance to escape in music, and you gotta deliver that."

She said the likes of Michael Jackson, whom she also toured with, are the "most humble people" as they understood their fans were "there for them".

James Brown's epic music career spanned over 50 years and influenced a number of genres, from funk to pop, before he sadly passed away on Christmas Day in 2006.

Kathy is set to play in London at the O2 Indigo on May 14, and she's excited to return to the UK crowds as they always sing along to her hits.

She said: "What I love about UK crowds is they know every ad-lib. They sing along. And what I’m really loving is it’s all different generation out there now.

"There’s a whole new resurgence with Thinking Of You. Even here in the United States. So what I’m really loving is the fact that they know the songs. These [songs] have had a kind of resurgence and they’re [from] years ago. And they’re still timeless."

The singer believes her voice is "stronger than it's ever been", and it's a pleasure to sing her greatest hits as she knows them like the back of her hand.

Kathy spoke exclusively to Daily Star ahead of her May 14 show at London's O2 Indigo with her band – Sister Sledge featuring Kathy Sledge.