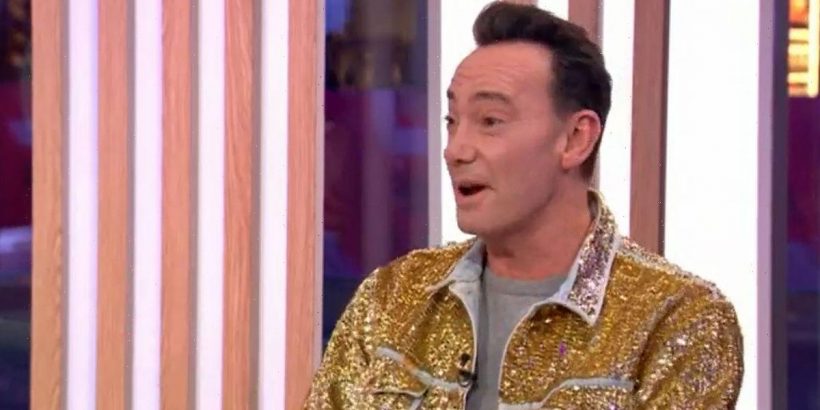 He’s joined the race for Christmas No1 with a new festive single – but Strictly judge Craig Revel Horwood is banned from performing it on the dance show.

Over the weekend, it emerged the star appeared in a commercial for bed company Dreams that is said to have broken strict BBC rules over mimicking on-air roles for promotional work.

But Craig is hoping if he beats rivals Elton John and Ed Sheeran, Adele and Mariah Carey to the top slot, Beeb bosses will relent next winter.

He says: “I’m not allowed to self-promote but if it goes to No1 they can’t ignore it.

“We could do it next year and rewrite the lyrics for Strictly.

“If you’re going to fight for No1 it’s better to go for the best in the world – Ed and Elton who?

“I don’t think they have a hope – I’m taking the bull by the horns, darling.”

And Rietta – a Strictly Come Dancing Live singer who met Craig in 1985 when she was his waitress – tried to persuade him to strip naked if they topped the charts.

She says: “Craig has the best sense of humour and we laugh so much together.

“I tried to get him to do the Bill Nighy naked thing from Love Actually but he refused.”

Craig filmed the Strictly Christmas special on Tuesday and has four days rehearsal before playing the Wicked Stepmother in Southampton’s Cinderella panto.

Due to Covid there will not be a Strictly Christmas party – unlike the controversial festive bash held at No10 during last year’s restrictions.

“The BBC is very strict and it’s good because it protects everybody.

“There’s no party or socialising whatsoever.

“I go in and out – one person is allowed on the stairwell. It used to be a real party atmosphere but it’s not like that without an audience.

“However it’s worth it to bring great entertainment to the country.”

Celebrating the 20th series next year, Craig is rooting for an all-star Strictly special.

He says: “I really hope they do – it would be fabulous to celebrate.”

The judge and Rietta hope to release their debut album next October, which will be a mix of self-penned songs and covers of their favourite tracks.

Rietta, who starred in the Channel 5 Freddie Mercury biopic and Xena Warrior Princess, says: “When Craig was in panto five years ago I went to see him sing I Will Survive and it was amazing.

“I went and wrote a song for us and he said we should do another 14.”

Craig adds: “I think it’s going to be the beginning of something.

“It’s a whole new experience for me, which makes it exciting.

“We’re not trying to be anything other than ourselves.

“I’ve been singing for years but I’m not known for the fun stuff because I’ve been holding paddles for 19 years.”

Their next single Miracles – an ode to their mums – will be released to tie in with Mother’s Day.

And while he’s ticked pop star off his bucket list, Craig still hopes to further his acting career in film – and wants to turn his life story into a movie.

He adds: “I have been approached to do that but I haven’t finished living.

“I’d like someone beautiful and hot to play me.

“It would have been Johnny Depp but I’ve gone off that idea.”