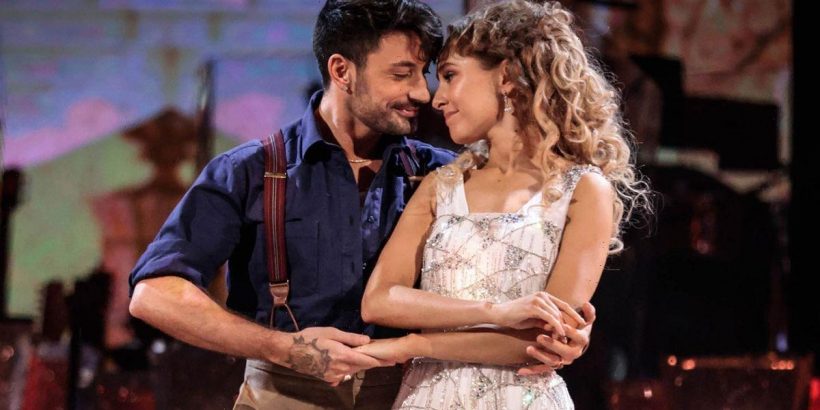 Giovanni Pernice has confessed that he would have got "jealous" if Rose Ayling-Ellis was partner with anyone else on Strictly Come Dancing.

The professional dancer and EastEnders actress have made it to the BBC One shows final.

However, Giovanni has admitted he would have been seriously jealous if the soap star had been working with any of the other pros.

The pair have a very close bond which has caused speculation and romance rumours from fans.

On Strictly spin off show Strictly: It Takes Two the pair discussed their journey on the dancing show.

Giovanni said: "I think at first it was obviously different because I'd never done anything like this before.

"I realised I have to change my way of teaching. And only with the help of Rose, we managed to find a way that works for both of us.

"Both of us now understand what's good for us. Since day one, it's been a dream."

Giovanni made a confession to host Janette Manrara, he added: "If she was dancing with somebody else, I'd probably be jealous. I'd be like, argh I want to dance with her."

The duo have recently revealed their secret weapon to win this years BBC series.

On Saturday nights final the pair are recreating their incredible "couples choice" dance which they performed last month.

During the amazing dance the music stopped but they carried on dancing to give viewers an insight into actress Rose's deaf life.

Due to the piece receiving such a huge reaction, Giovanni said it was "the right thing to do."

He explained: “I think because it was such a big moment it would be weird for us not to do it. Obviously the silent moment was so powerful and this got so much attention.

“Rose keeps saying the dance changed her life and a lot of people’s lives, so it’s just fair to do it again. It is the right thing to do.”

The EastEnders star is the show’s first ever deaf contestant.

And the bookies believe she will be crowned its first ever deaf champion too – beating rivals John Whaite and AJ Odudu.

For more of the latest showbiz news from Daily Star, make sure you sign up to one of our newsletters here