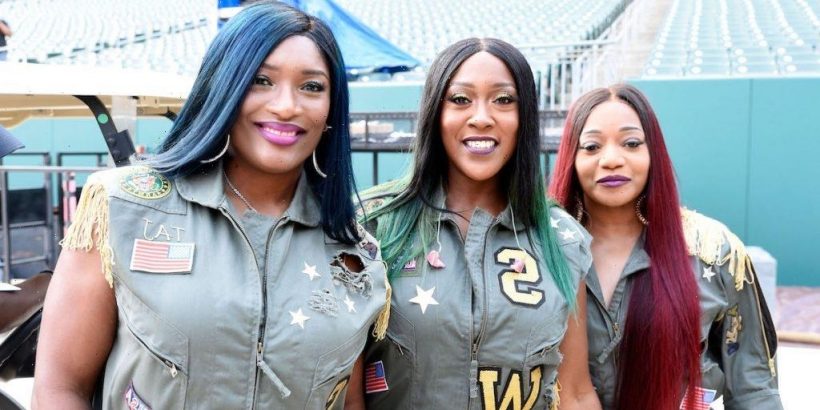 R&B girl groups dominated music in the 1990s. Thanks to the stylings of SWV, Xscape, En Vogue, and more, the landscape of music — and entertainment as a whole — changed, and the groundwork was laid for the following decades.

SWV was one of the ’90s’ hottest R&B girl groups

SWV — short for Sisters With Voices — first rose to prominence in the early 1990s in New York City. The group was first formed by Cheryl “Coko” Gamble and Leanne “LeLee” Lyons, with Tamara “Taj” Johnson joining them soon after. Their 1992 debut album It’s About Time was certified multiplatinum with over 2 million records sold.

It’s About Time included the smash singles “Right Here” and “I’m So Into You,” as well as the Billboard Hot 100 number one hit “Weak.”

Their second album New Beginning, released in 1996, also included hit singles such as “You’re the One,” which reached number 5 on the Hot 100.

Coko sang on Will Smith’s ‘Men In Black’

In 1997, SWV was promoting their third album Release Some Tension, which featured collaborations from big-name artists including Snoop Dogg, Missy Elliott, Lil’ Kim, and more. At the same time, Coko lent her vocals to a popular song at the time: Will Smith’s “Men In Black” from his famous movie of the same name.

Coko sings the chorus on the song, which samples Patrice Rushen’s classic disco track “Forget Me Nots.” But despite her contributions to the track, she Coko doesn’t appear in the music video.

Coko’s reason for not doing the ‘Men in Black’ video

Coko shared in a 2019 interview with KevOnStage that she was stopped by her label from being in the “Men In Black” music video. They believed it wasn’t a good idea to mix her R&B image with the hip-hop industry and how it was perceived at the time.

In a 2020 interview with UrbanBridgez, she responded to claims by the song’s producers Tone and Poke of the Trackmasters that she didn’t want to do the music video because she didn’t like Will Smith.

“I really don’t appreciate Tone, Poke, or whomever else saying that, because I’ve never had this discussion with Tone or Poke that I said Will Smith was wack or implying it, because Will Smith was a friend of mine,” Coko said.

“What happened was my record label wouldn’t allow me to be in the video,” she explained. “Back in the day if you remember, SWV was never really featured in anybody else’s video. They would always say no; they wouldn’t allow us to do anything else. So that’s why I wasn’t in the video.”

“I would have loved to be in that video because it was a huge song,” she lamented. “It had nothing to do with me thinking Will Smith was wack.”