For a festival that’s come under criticism in recent times, the biggest problem this weekend was out of its control: the rain. 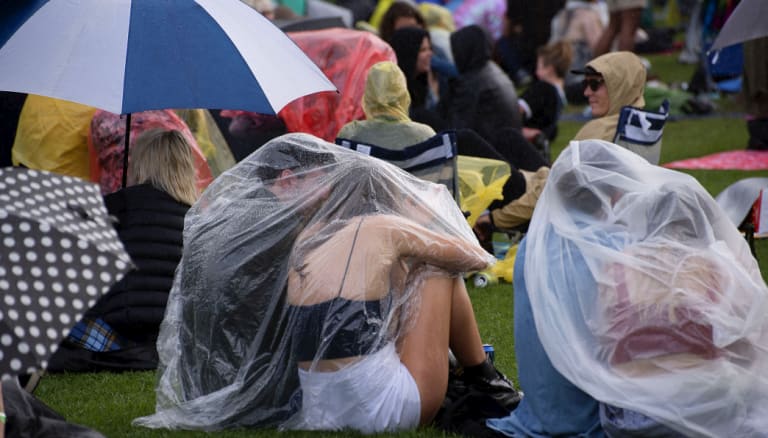 Music fans seek shelter from the rain at the Lost Picnic festival in the Domain.Credit:Christopher Pearce

There’s no doubt it would have been more enjoyable on the kind of spring afternoon that's running a few weeks late this year, with family activities, circus performances and acts for all ages.

Indie folk trio Sons of the East and Odette set the tone early, brighter and cheerier than the day. Funkier still were the Hot Potato Band, with six brass instruments (what’s not to like about a sousaphone?) and buckets of energy all around.

New Zealand country-folk singer-songwriter Marlon Williams arrived in time for the worst of the weather, which kept the mood subdued.

Meg Mac enlivened the afternoon, taking in highlights from last year’s No.2 album Low Blows, including the excellent title track and groovier Ride It. A cover of Tame Impala’s Let It Happen has become a staple and a crowd-pleaser, and she ended with 2014’s upbeat Roll Up Your Sleeves.

Barefoot pedal-loop multi-instrumentalist Tash Sultana, a genius in the body of an ingenue, lived up to her headline status with a riveting, hypnotic set. It started simply, but as she built the layers of extemporaneous sound it became lush and intriguing.

Sultana’s sets are unstructured and improvised so even familiar songs are given surprising reinvention, and usually the indulgence pays off. Salvation was the best of the early songs in the set, and while Notion was left off the album Flow State it was a great inclusion. 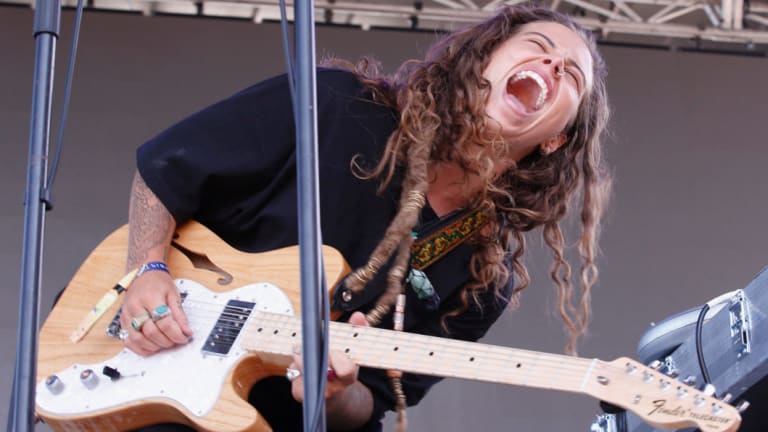 Sultana’s psychedelic symphonies came to attention thanks to the overnight and worldwide success of Jungle, and along with Free Mind it was arguably the most accessible track of the night. The joy came from watching her jump from instrument to instrument with ease, shredding the guitar and wondering what was going to come next.

Did Sultana’s set dip into overindulgence while mixing beatboxing with pan pipes? Maybe for a minute or three, but the rest was good enough it could be forgiven.