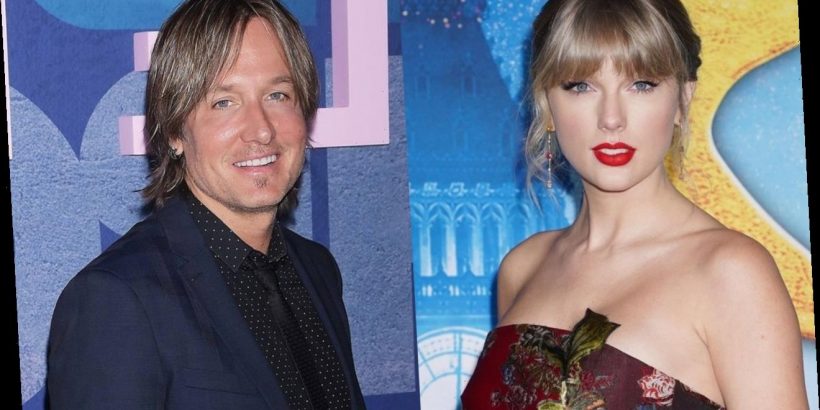 The ‘Willow’ singer announces the official tracklist for her upcoming album re-release after dropping hints about her collaborator with a gold vault clip on Instagram.

AceShowbiz –Taylor Swift has hinted she’s re-recording one of her old songs with Keith Urban.

The pop star dropped a cryptic video message on Friday (02Apr21) and challenged fans to decode anagram clues that popped out of a gold vault.

Fans were quick to figure out the clues, scrambling the song titles “We Were Happy”, “Don’t You”, “Mr. Perfectly Fine”, “Bye Bye Baby”, and “That’s When,” while Keith’s name also popped up, with fans suggesting he will be appearing on one of the new songs Taylor is releasing from her “Fearless” album sessions.

It’s not clear on which one Urban will feature, but superfans noted the song playing in the background of the vault video was “Don’t You”.

Swift is re-recording her old songs to thwart the new owners of her former record company – and her back catalogue – from making any money from her hits.

She teams up with Keith on “That’s When”, Maren Morris on “You All Over Me”, and Colbie Caillat on “Breathe”.

“I’ve spoken a lot about why I’m remaking my first six albums, but the way I’ve chosen to do this will hopefully illuminate where I’m coming from,” she explained to her online devotees. “Artists should own their own work for so many reasons, but the most screamingly obvious one is that the artist is the only one who really knows that body of work. For example, only I know which songs I wrote that almost made the ‘Fearless’ album. Songs I absolutely adored, but were held back for different reasons (don’t want too many breakup songs, don’t want too many down tempo songs, can’t fit that many songs on a physical CD).”