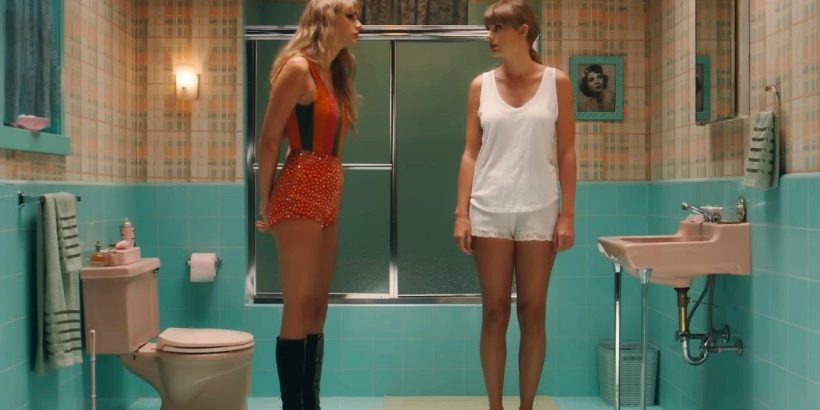 AceShowbiz –Taylor Swift is filled with remorse after she was caught in a controversy over the “fat” scene in the “Anti-Hero” music video. Having been accused of sharing a fatphobic message, the Grammy Award-winning singer has agreed to cut the scene from visuals.

In the clip, the 32-year-old grapples with topics like self-loathing and their fear of being unlovable. Unfortunately, people were not happy with the scene where the musician stepped on a weighing scale. Instead of her weight, the scale showed the word “Fat” in red capital letters while her doppelganger shook her head in judgment.

On Wednesday, October 26 eagle-eyed fans noticed that the scene was scrapped from the music video on Apple Music. However, the scene still remains on the YouTube version of the visuals.

Upon its release, many Internet users accused Taylor of shaming fat people. “as an actual fat person genuinely how are we supposed to feel seeing this? Watching a thin person remind the whole world that one of the their biggest fears is being fat. Is looking like me. Demonizing the word fat while never having the experience of living in a fat body? Fatphobic,” one Twitter user in particular reacted.

New York-based eating disorder therapist Shira Rose argued, “Taylor Swift’s music video, where she looks down at the scale where it says ‘fat’, is a s**tty way to describe her body image struggles.” Rose continued, “Fat people don’t need to have it reiterated yet again that it’s everyone’s worst nightmare to look like us. Having an eating disorder doesn’t excuse fatphobia.”

Some fans, however, came to Taylor’s defense, pointing out that the singer was talking about her experiences with eating disorders and body image issues. “If you think any time people with an eating disorder speak about their issues it’s fatphobic you’re facilitating the idea that people shouldn’t talk about it,” a Swiftie claimed.

Another defended the superstar by saying, “Taylor at no point said being a certain size was bad. She didn’t say being fat was a problem. She literally said she views herself as bigger than she clearly is due to her body dismorphia. Regardless of what that scale said she would always see herself as fat…”