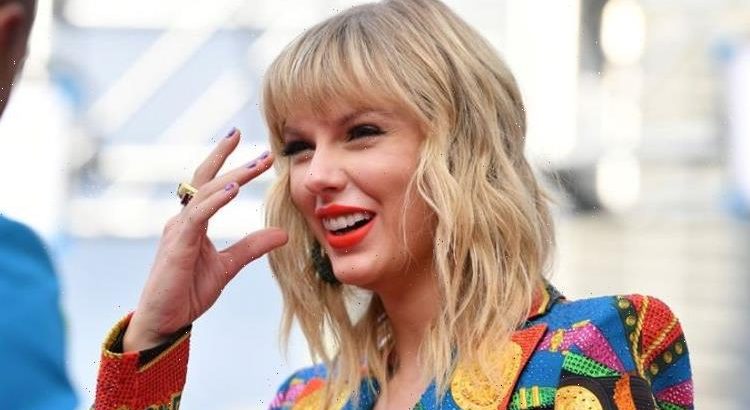 The re-release of Taylor Swift’s fourth studio album, Red (Taylor’s Version), came out earlier this year, with a massive amount of previously never-before-heard songs. Included in this repertoire of creativity was All Too Well (10 Minute Version). This enormous epitaph to a previous relationship resonated with her fans so much it hit the number one spot on Billboard’s Top 100.

In fact, Taylor’s version of All Too Well became the longest-ever song to top the Billboard Hot 100 chart.

This pushed aside Don McLean’s eight-minute version of American Pie (Parts I & II).

The 1971 track held this record for almost 50 years before Taylor knocked it off.

Although the Love Story singer won this battle, she didn’t want to brag, so sent the star a lovely message with some flowers. Don posted the message on his Twitter account for his fans to see.

Taylor’s message to Don read: “Don, I will never forget that I’m standing on the shoulders of giants. Your music has been so important to me. Sending love, one writer of LONG SONGS to another. Your fan, Taylor.” Don captioned the image with praise for his fellow star, adding: “What a classy artist! Thank you [Taylor Swift] for the flowers & note!” The And I Love You So writer also gave an interview shortly after losing his record-holding spot. He said: “There is something to be said for a great song that has staying power. American Pie remained on the top for 50 years and now Taylor Swift has unseated such a historic piece of artistry.”

Don went on: “Let’s face it, nobody ever wants to lose that Number One spot, but if I had to lose it to somebody, I sure am glad it was another great singer/songwriter such as Taylor.”

American Pie is renowned for telling the story of “the day the music died”.

He refers to the tragic death of Buddy Holly, who perished in a plane crash on February 3, 1959.

As a pioneer of rock and roll music, Buddy was a massive influence on the artists that followed him, including The Beatles, David Bowie, and of course Don.

Don has previously avoided answering questions about the lyrics of his track, American Pie.

Instead, the singer has said: “They’re beyond analysis. They’re poetry.”

Taylor’s song, All Too Well, also has a lot of fan analysis behind it.

It has been reported – but never confirmed – that the lyrics of All Too Well are written about Hollywood actor Jake Gyllenhaal.

Jake and Taylor had a short relationship in 2010 that reportedly didn’t last too long.

In the lyrics for All Too Well the singer paints an emotionally-charged picture of the pair’s frayed relationship.

She croons: “Not weeping in a party bathroom / Some actress asking me what happened, you, that’s what happened, you / You who charmed my dad with self-effacing jokes / Sipping coffee like you’re on a late-night show / But then he watched me watch the front door all night, willing you to come / And he said: ‘It’s supposed to be fun turning twenty-one.'”