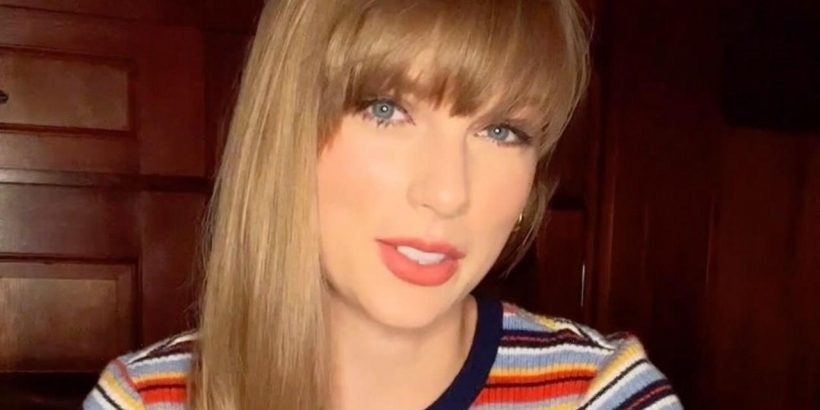 The ‘Exile’ singer confirms she will unleash the first music video from her tenth studio album on its release date as part of her ‘special very chaotic surprise’ for fans.

AceShowbiz –Taylor Swift is set to premiere the “Anti-Hero” music video on Friday, October 21. In a video posted to her Instagram account that included her diary, the pop icon reveals exciting news that she will share the first promo of her “Midnights” era – her 10th studio album – on its release day.

“Mark your calendars! Meet the Midnights Manifest,” the 32-year-old singer captioned the post on Monday, October 17. Taylor said of the track, “One of my favorite songs I’ve ever written. I really don’t think I’ve delved this far into my insecurities in this detail before.”

She continued, “I struggle a lot with the idea that my life has become unmanageably sized… Not to sound too dark, but I just struggle with the idea of not feeling like a person – don’t feel bad for me, you don’t need to. But this song really is a real guided tour through all the things I tend to hate about myself; we all hate things about ourselves.”

The first of the “Midnights” promotional events starts on Thursday, October 20 with a teaser trailer dropping during Amazon Prime Video’s “Thursday Night Football“.

Taylor – who is a known fan of Easter Eggs and leaving hints for her devoted fans – then promised a “special very chaotic surprise” on at 3 A.M. EST, just five hours before the “Anti-Hero” video. YouTube Shorts will then host the #TSAntiHeroChallenge and then lyric videos for the tracks are due out at 8 P.M.

Last week, the Grammy winner teased one of the hotly anticipated tracks, “Snow on the Beach”, a duet with Lana Del Rey, whom Taylor is a “massive fan of.” She said, ” ‘Snow on the Beach’ is about falling in love with someone at the same time as they’re falling in love with you, sort of in this cataclysmic, fated moment moment where you realise someone feels exactly the same way that you feel at the same moment.”

“And you’re kind of looking around going, ‘Wait, is this real? Is this a dream? Is this really happening?’ Kind of like it would be if you were to see snow falling on a beach.”