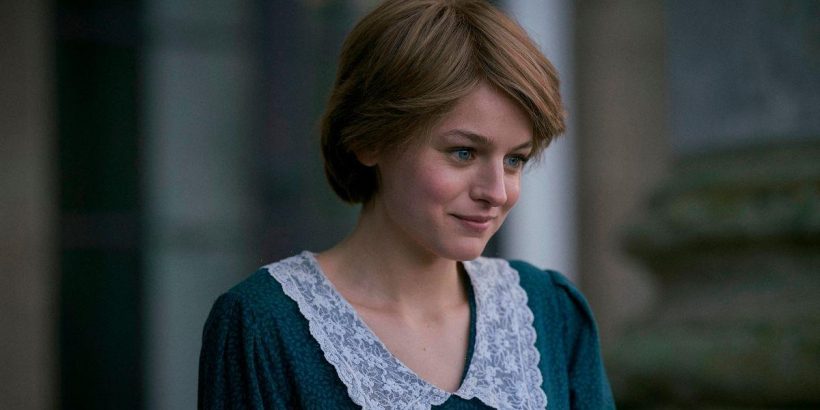 The Crown's actress Emma Corrin put on a racy display as they hit the green carpet wearing a skin-tight dress encompassed with a bra made out of balloons.

The star, who plays Princess Diana in the popular Netflix period drama, certainly turned heads as they sported the rather unusual ensemble at the Olivier Awards in London.

Emma's striking dress was covered in brown and tanned coloured balloons while the bust area had balloon-shaped elastic material to cover her chest – complete with 'ties' poking out of the front.

Strutting her stuff on the star-studded carpet, Emma also added a pair of black patent boots which appeared to have a balloon shape attached to the heel. Giving sultry looks to the paps, the star radiated as she sported her her hair in a short cropped look.

Emma received critical acclaim for their performance as Princess Diana in the popular period drama, winning a Critics’ Choice Award and the Golden Globe Award for Best Actress in a Television Series Drama.

According to recent reports, The Crown makers are now on the hunt to find an actress to play a young Kate Middleton.

The sixth season of the period drama will cover the period from 1997 into the early Noughties, which is when Prince William and his wife Kate first met at St Andrew’s University.

But due to the fact that the Duchess of Cambridge would only be a small supporting role, the casting team only want to include her if they can find an actress who captures her looks perfectly.

Talking about the new series, a TV insider told The Sun: “Having the Duchess of Cambridge starring is an easy win for The Crown, as the creators know it will get more people watching.

"Particularly as it will show her relationship with William just as their romance starts to blossom when they were both students.

"But since she’s not necessarily a crucial part of the storyline, Kate’s presence is essentially a bonus, they’ll only cast someone if they can find the right candidate."