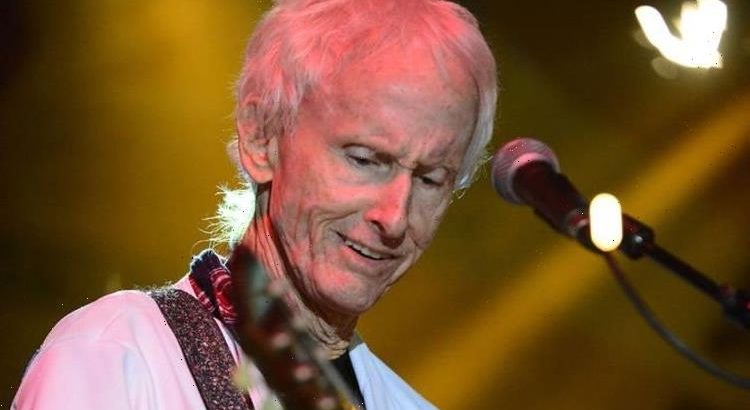 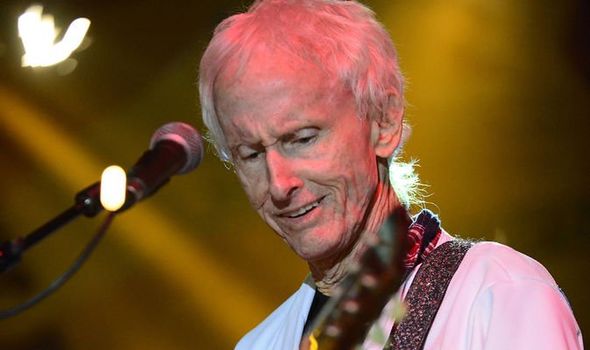 Mick Jagger’s libido didn’t help either. “We’d gone out to dinner with Mick Jagger before the show, and Jagger came on to Jim’s girlfriend, Pam,” Krieger tells me. “There was flirting going on and Jim wasn’t happy about it, but he couldn’t say anything because that would have been uncool.

“So Jim did acid just before we went on stage. He probably felt it’d help but he took too much…or too little…and stayed glued to his mic stand for most of the show.”

The sold-out night was being filmed for posterity and the stage was swathed in bright, blinding lights.

The singer seemed to understand, but, flying higher than William Shatner, a little later he’d ask for them to be turned off again.

“It was a big deal for us. The Hollywood Bowl is the place to play in LA, it’s like Wembley in England, so we decided to film it. We’d never filmed anything before, never had a full film crew and 16track sound mixer. And we’d actually rehearsed, which we never usually did, we hadn’t done that since the early days…”

The amplifiers were another problem. “We had 36 speaker cabinets on stage from our sponsors,” Robby recalls. “It looked fantastic but only a few were functioning because the Hollywood Bowl had a decibel limit. My volume knob was turned down to two instead of ten although no one has ever complained about the sound.”

The film of the legendary concert in front of 17,500 fans hits cinemas on Thursday, and despite his niggles it’s remarkable; the band manage to rein in Morrison’s ramblings so he stays on the right side of poetic.

Incredibly just two and a half years before the Doors were playing LA’s tiny London Fog club to fifty people. Their rise, was “meteoric,” Krieger agrees. “A lot quicker than most, and sometimes that’s not good; we got a little full of ourselves, we thought we were as good as the Stones or the Animals.”

They were though. Encouraged by Morrison, Krieger started writing original songs. His first was 1967’s Light My Fire, which topped the US charts and was Top Ten in Britain. “It’s been downhill ever since,” Robby jokes.

When they played the Bowl, Hello I Love You was also racing to Number One. Other memorable hits included Riders On The Storm, Touch Me and People Are Strange.

The rock’n’roll Rimbaud was hailed as “the first major American male sex symbol since James Dean died”, and was described variously as a “leather tiger”, a “shaman-serpent king” and “the king of orgasmic rock”.

Female fans would sometimes surround their car and reach through the windows “to try and grab Jim’s crotch”.

LSD was part of their image. “Sometimes it made him better on stage,” says Krieger. “It depends how much he took and if it was the good stuff. When he was doing acid and marijuana, he was great, it was when he was drinking, he could turn into an asshole sometimes.

“I got the real good stuff, Sandoz. They were a Swizz company who developed it as an experimental drug taken in the army. Other acid wasn’t as good. I moved on to transcendental meditation. I’d try it today if I had Sandoz, though. But it wasn’t good for me on stage, you’d forget stuff and get tripped out.”

He adds with a laugh, “If you were the Grateful Dead that didn’t matter so much.”

Once, Krieger got a call in the early hours from a tripping Morrison saying, “Robby, this is God speaking and we’re going to throw you out of the universe”. He hung up.

Inevitably the band attracted “crazies”. After Jim died of heart failure in a Paris apartment in 1971, aged just 27, the band tried to carry on without him.

“We were in the rehearsal studio and we would hear a voice through the door singing Doors songs,” Robby recalls. “It was a guy who, in order to sound like Jim, stuck a lit cigar down his throat. He wasn’t very good, but he thought he was. Let’s say he was a little off. We used to call him Cigar Pain.

“One time I was driving down the street in Hollywood and a guy recognised me and said, ‘You and I have to take acid together and die’. I replied, ‘I really don’t have time this week…’.”

The fictions include the band taking peyote together in Death Valley, Jim strolling around reciting his poetry out loud, and Jim climbing onto a car and screaming about being “the lizard king” to a crowd outside the Whisky-A-Go-Go in West Hollywood.

Robby says the band never played a night-time gig with fans dancing naked around a bonfire, and there is no evidence that Morrison ever flashed on stage – “a rumour” – or that he locked Pam in a closet and set it on fire.

“Oliver didn’t tell the story of The Doors,” Robby writes. “He told his own original story based on his personal interpretation of what The Doors were…his job wasn’t to document but to entertain.”

Son of an engineer, Robby grew up in Los Angeles and was sent to a boarding school called Menlo. He didn’t want to go but he was drifting into petty vandalism and had been busted twice for cannabis possession. He took LSD at 17 and met the Maharishi before the Beatles did, along with John Densmore and Ray Manzarek.

His first instrument was the trumpet, but he took up the guitar at 13 – famously playing flamenco style in The Doors.

Robby was the youngest band member and looked on Jim as an older brother. Morrison’s death shocked them all. “We expected him to come back eventually, so we kept rehearsing and writing songs” – featured on Other Voices after Jim died.

The surviving Doors moved to England and auditioned new singers. “Ray’s wife wanted to go home and the three of us weren’t getting on – John and I wanted to do hard rock, but Ray wanted to do jazzier stuff and in the end he left.”

Krieger formed his own Robby Krieger band, but in the noughties he and Ray toured as The Doors of the 21st Century with The Cult’s Ian Astbury on vocals and Stewart Copeland replacing John on drums.

“The shows were great,” he says. “But Ian wanted to get back to The Cult.”

He’s really pleased with the Hollywood Bowl film. “The magic that has been done to enhance the picture and sound quality will make everyone feel as though they have a front row seat.”

His only regret is that they didn’t shoot more shows. “We had a riot in Chicago two months before,” he says wistfully. “And I sometimes wish we’d filmed that too…”