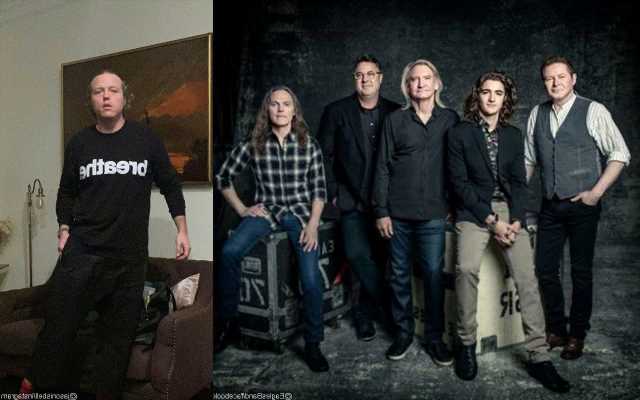 The ‘Hotel California’ hitmakers make the announcement for their November gig in Seattle, whereas the country crooner declares refusal to perform at venues denying his requirement.

AceShowbiz -The Eagles and Jason Isbell have joined the acts insisting that all fans must be vaccinated at upcoming shows.

The “Hotel California” hitmakers have announced a new concert in Seattle, Washington on November 5, and they’re demanding every fan attending must provide proof they’ve been vaxxed before being admitted to the Climate Pledge Arena, so that everyone feels “safe.”

“All documentation needs to be directly from the healthcare provider that performed the vaccination, and guests must display proof on their smartphone or present a physical copy,” a venue statement reads.

The Eagles show is currently the only concert scheduled at Climate Pledge Arena to require vaccines for guests.

Children under the age of 12, who are currently not eligible for vaccination, can attend the show if they provide proof of a negative coronavirus test taken within 48 hours of the concert.

“This is a decision taken by the band supported by the Climate Pledge Arena team to ensure they, along with fans and staff, feel safe,” a note in the arena’s website read.

The Eagles are scheduled to launch their upcoming tour on August 22 at New York City’s Madison Square Garden, where guests are also required to be vaccinated.

Meanwhile, singer-songwriter Isbell recently noted he would not be stepping onstage at shows unless every member of the audience was jabbed.

“I’m all for freedom, but I think if you’re dead, you don’t have any freedoms at all,” he recently said. 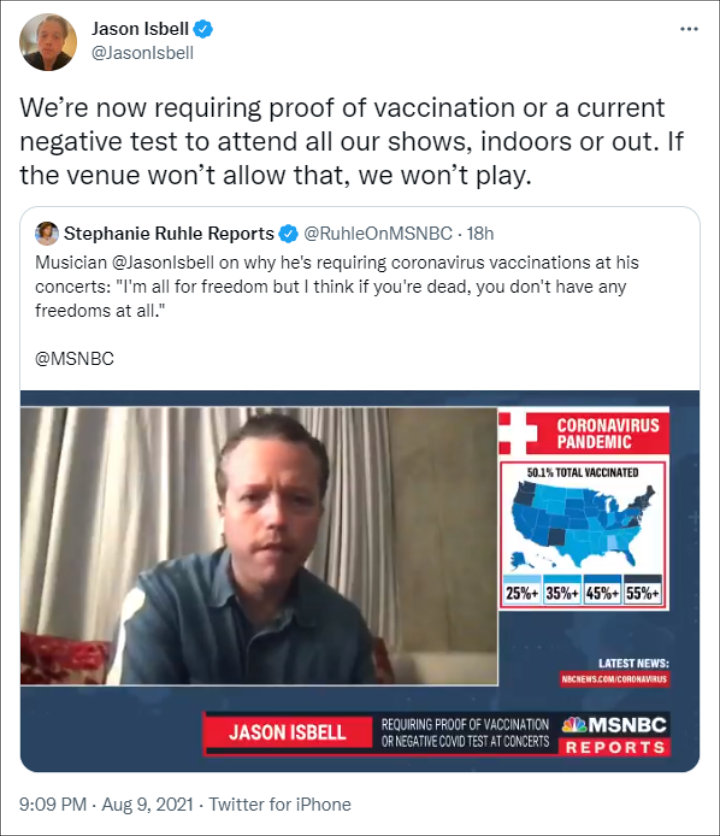 “We’re now requiring proof of vaccination or a current negative test to attend all our shows, indoors or out,” he also tweeted. “If the venue won’t allow that, we won’t play.”